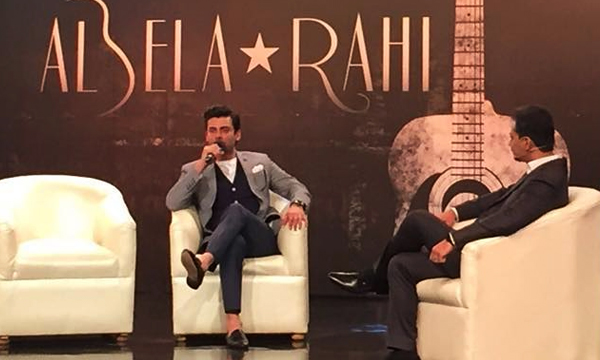 Fawad Khan is set to don the role of legendary Pakistan singer Alamgir in the upcoming biopic “Albela Rahi”. The 34-year-old heartthrob, who started off his career as a musician before making it big as an actor, took to Twitter to share the news about his full-fledged debut in Pakistani films.

At the film announcement of @Albela_Rahi_. Excited to play the role of the legendary #Alamgir. pic.twitter.com/80JcqOi5FB

“At the film announcement of @Albela_Rahi. Excited to play the role of the legendary #Alamgir,” Fawad tweeted.

At the film announcement of @albela_rahi_

‘Albela Rahi’ is all about the living legend who rose from the darks of the unknown and became the man everyone loves and still sings along with today.

Movie on the life of Alamgir revealed. Fawad Khan will play the leading role as and in #AlbelaRahi

A versatile singer, Alamgir is considered one of the pioneers of the Urdu pop music in Pakistan. His style of singing is said to be inspired by playback singer Ahmed Rushdi.

The film will be produced by  Fog Catcher Films and directed by Sultan Ghani. The other details of the film have so far been kept under wraps.