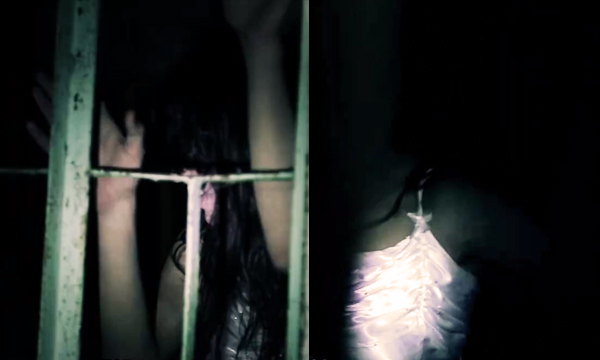 Tapping its untapped potential, Pakistani film industry is showing no signs of slowing down. The recent movie to mark an outstanding entry is a supernatural thriller, Aksbandh.

‘Aksbandh’ tells the story of five young filmmakers who went missing while shooting their project at the Drigh Lake, Sindh, some 29 kilometers from Larkana city.

One week later, their DSLR (Digital camera) was found 5km away from Drigh Lake Larkana. Pictures and videos were recovered from the camera, giving a clue about paranormal activities and what would have happened to the team.

Ayaz Samoo will also show off his acting skills in his production, besides performing stunning action scenes in O21 & his portrayal of a villainous character in Moor.

Most of the Aksbandh has been shot in the small village of Larkana. The first official teaser of the horror flick was released in December 2014 while its official trailer is released on November 15. It is Pakistan’s first found footage film and is expected to hit the screens this year.