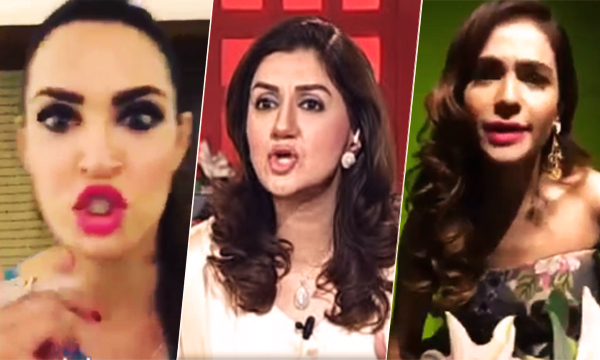 Renowned host, Ayesha Sana’s uncharacteristic outburst on a set went viral last week. The BTS video of the host shows the talk show host insulting the crew members in a fit of rage.

Watch the 4-minute video below:

While the world talked about the controversial video at social networks, celebrities came up with hilarious videos to mock the popular TV show host.

Youtuber, Junaid, edited the video to add his own touch and turned it into a hilarious post: