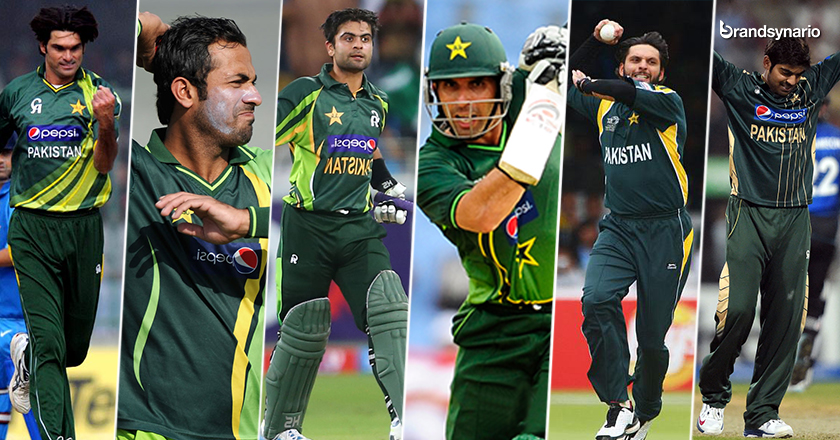 Cricket – the gentlemen’s game has gained a prominent position as a widely recognized sport all over the world.

The result: cricketers have benefited a lot in monetary terms too. Be it just playing a cricket match, scoring centuries or bagging brand endorsements, for cricket players, the game has never proven more financially beneficial.

While Pakistani cricketers’ monthly salaries are no match to what international players receive, considering the state of our team, it’s still a lot.

With cricket contracts renewed in June 2014, here are the rumored salaries for the Pakistani cricket team, based on the contractual category they fall in:

The highest earning category. Players receive a PKR 425,000 basic monthly fee for being a part of the national team.

Amongst these top category players, Misbah-ul-Haq has retired from T20 matches and Shahid Afridi is currently playing his fifth and last ICC World Cup tournament.

The second category for the Pakistan cricket team receives only a basic monthly salary of PKR 315,562. The category includes some of the top players of Pakistan, Umar Gul, Umar Akmal, Younis Khan and Ahmed Shahzad.

Umar Gul, a key Pakistani cricketer, probably deserves to be in Category A but with his continuous injuries and absence from most matches in the past two years had made him lose his position as one of the most vital players of Pakistan.

Similarly, yet another Category A deserving player, Younis Khan, does not play ODIs and T20 matches and therefore, has been demoted to Category B.

The newest addition to the central contracts, this category includes fifteen Pakistan cricket team players with a basic monthly salary of PKR 100,000.

These salaries are not all! Our team players also rumored to receive individual and team bonuses for performing well.

For defeating Top 3 ranked side and India – 100% bonus

For winning an ICC Event and Asia Cup – 300% bonus

What do you think of our cricketer’s compensation packages? Tell us in the comment section below.