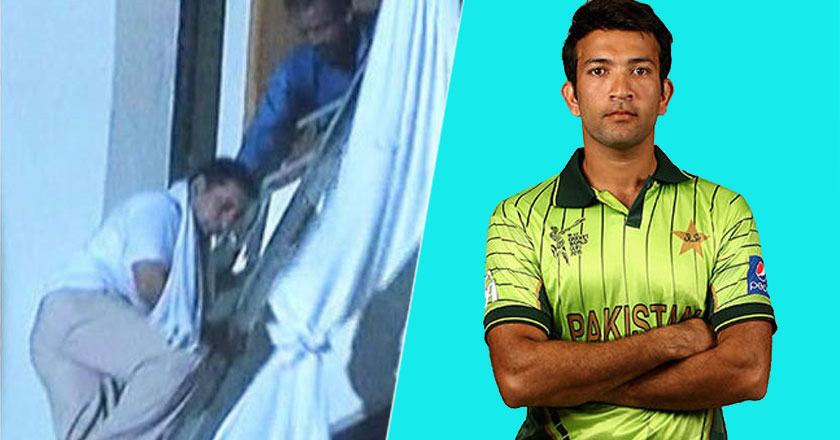 Around 3 am, early Monday morning, guests at the Regent Plaza, a four-star hotel, were woken up by a fire that had erupted all throughout the site. The fire was said to have commenced from the kitchen, that was situated on the ground floor, before rapidly increasing and causing damage to the rest of the building.

Pakistani cricketer, Sohaib Maqsood, 29, was amongst those who had luckily escaped this terrifying event unscathed and had even managed to successfully save three families and their children. He was said to have been residing in the hotel with his United Bank Limited (UBL) team for their match against Habib Bank Limited (HBL) for theUBL Quaid-i-Azam trophy match.Although his heroic act cost him a fractured leg, as he had jumped from his hotel room window which was situated on the fourth floor, it shows the vast amount of courage that he possesses to put others’ lives before his own.

Pictures of some of the UBL cricketers who were injured in the Regent Plaza hotel fire in Karachi pic.twitter.com/raFUEyPsCb

Although his heroic act cost him a fractured leg, as he had jumped from his hotel room window which was situated on the fourth floor, it shows the vast amount of courage that he possesses to put others’ lives before his own.

It has been reported that there have 12 casualties including three doctors, the hotel’s front desk manager, and five women along with around 75 that have been severely injured. Many had suffered their ill-fated demise due to suffocation, whilst those who managed to escape via the windows did not suffer from major wounds. Many had made makeshift ropes out of their bed-sheets and blankets, whilst others lunged from their room windows despite any heights.

“We woke up at 3:30am and tried to run outside but there was a lot of smoke out in the corridor and almost no oxygen, so we came back into the room, broke the glass and went down from there with the help of bed sheets. We also found a family with two kids and took them along with us,” Maqsood said in an interview to a local news website. The mayor of Karachi, Wasim Akhtar announced his grief of the situation but was unnerved by the fact that the hotel did not seem to have any working fire alarms or visible fire exits. In any place of service, it is important to debrief visitors on the customs when an incident similar to this occurs. Luckily, the fire brigade with an army of three trucks managed to assess the situations in approximately three hours, however, many had suffered which is definitely tragic.