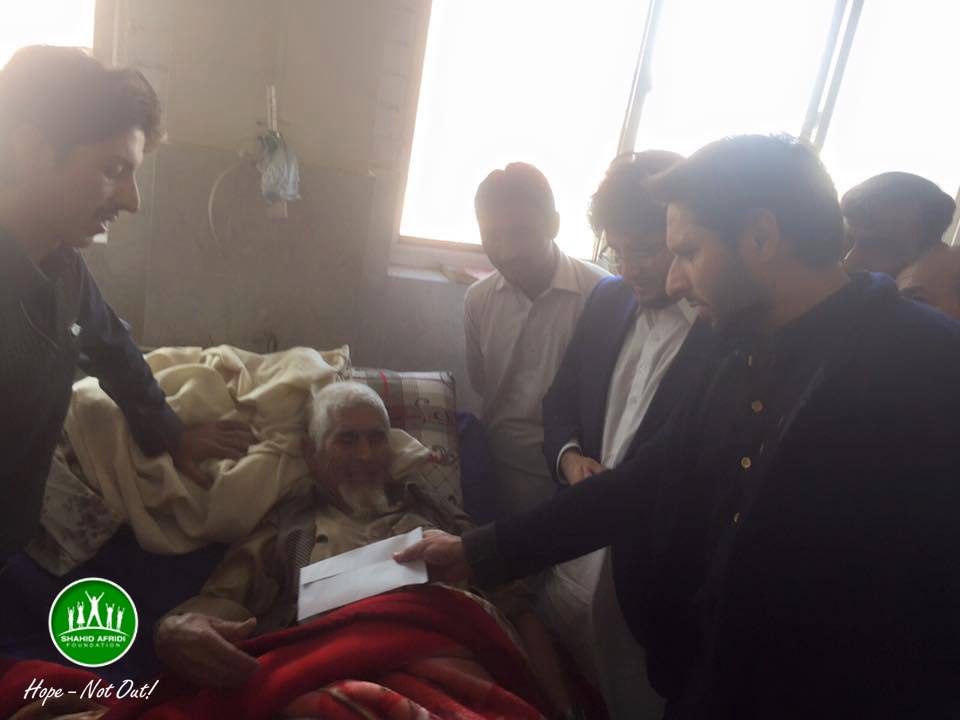 Shocked Pakistan cricketers pledged their support to the relief effort in the wake of the massive earthquake on Monday that left more than 300 people dead in the country. Pakistan T20 captain Shahid Afridi announced a donation of Rs. 5 Million after visiting the earthquake victims in Peshawar on Tuesday.

The 7.5 magnitude quake hit Afghanistan and north-west Pakistan, and the current confirmed death toll of 304 is set to rise as rescuers reach remote mountainous areas.

The Pakistan team said they did not celebrate their win against England in the second Test in Dubai on Monday after hearing news of the disaster, with manager Intikhab Alam confirming they were in a state of shock.

“Our hearts are with the suffering families and players intend to do relief work once they return home,” Intikhab told AFP after the 178-run win.

Captain Misbah-ul-Haq added: “We are badly hurt by the news of the earthquake and send our heartfelt condolences to families who lost their dear ones.”

“The news pushed our win against England to one side and every player was shocked and wants to contribute towards the relief work.”

Of the dead, disaster management authorities in Pakistan reported that 228 people had been killed there while the number of injured stood at 1,600.

However, the worst-affected areas in both Afghanistan and Pakistan are remote and mountainous, while limited infrastructure and communication lines have been severely damaged, hampering efforts to reach survivors and assess the full scale of the disaster.

“It’s a big disaster for our beloved nation,” said senior batsman Younis Khan, who scored a century in the second Test as Pakistan took a 1-0 lead in the three-match series.

“All the players are with the suffering families and once I go back I will definitely take part in the relief work as its our duty to help our brothers and sisters,” said Younis, who hails from the north-west Khyber Pakhtunkhwa Province, an area badly hit by the quake.