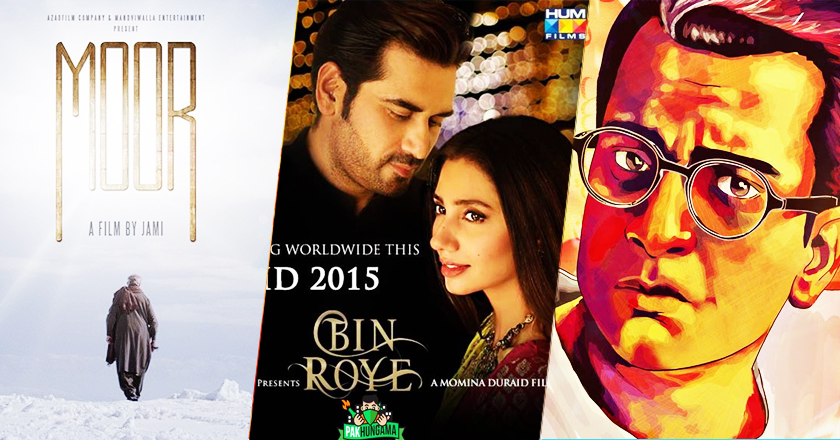 As Pakistani cinemas bid farewell to Bollywood movies in response to Pakistani artists being banned in India, cinemas in Pakistan have decided to fill the gap by showcasing some of the best of Pakistani films. So if you have missed some of the Pakistani blockbusters in recent times, now is your chance!

Blockbusters such as Manto, Bin Roye, Moor, Bachaana, Zinda Bhaag and Shah are to start screening soon in Cinepax Cinemas along with the ongoing Eid-ul-Azha releases like Janaan, Zindagi Kitni Haseen Hai & Actor In Law. The ties between India and Pakistan have aggravated after the Uri attacks that has adversely affected the entertainment industry. Indian Motion Picture Producers Association (IMPPA) passed a resolution declaring a temporary ban on Pakistani artists working in Bollywood and in response, Pakistani cinemas have banned screening of Indian movies.

Other cinemas besides Cinepax are Karachi’s Atrium Cinemas, Lahore Super Cinema and Nueplex Cinemas that made the announcement on Friday.

What do you think of this move? Let us know in the comments below & stay tuned to Brandsynario for more updates.