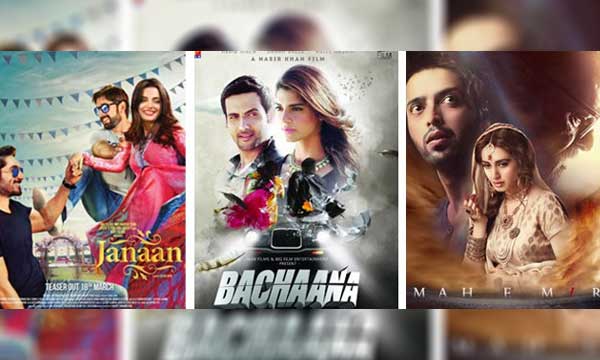 When it comes to Lollywood movies in 2016, it has been a fairly an average year for the Pakistani film industry. A staggering thirty films were released this year, one might have thought that this year was defiantly the year Pakistani movies would make a mark in the movie industry. Sadly, this is not what happened although massive powerhouses released their movies this year with a great cast.

According to a survey released by Express.pk, only five films made any sort of dent in the film industry with the Fahad Mustafa, Mehwish Hayat and Om Puri’s Actor in Law leading, followed by Jannan on second. The political thriller Maalik on third, and Mah e Mir and Dobara Phir Sai on fourth and fifth respectively.

It is reported by Express.pk that the business in itself this year was comparatively low to the previous years with a twenty percent downfall in the film industry.

10 Best Upcoming Pakistani Movies That are a Must Watch in 2017!

With 2017 just around the corner, one can definitely look forward to some more quality movies from the Pakistani film industry and perhaps even a few new fresh faces.