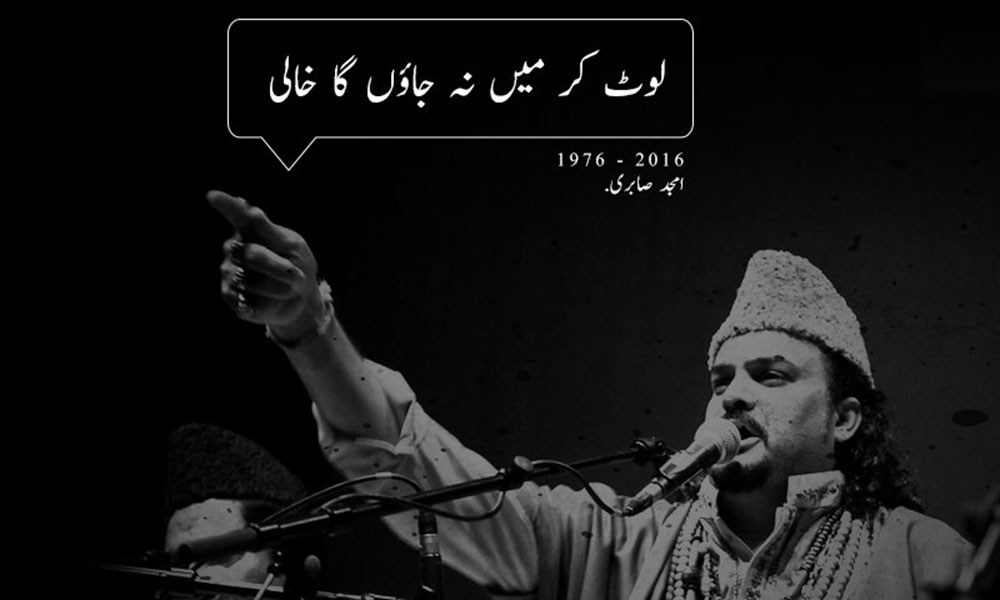 Yesterday was yet another dark day in the history of our country. For yesterday, we lost a national hero. The news of the untimely demise of the famous qawaal Amjad Sabri, shook the entire nation to its core.

Amjad Sabri was killed when his car came under attack in Karachi on Wednesday.
Reports suggest he was on his way to record an iftaar transmission for one of the TV channels.

Politicians, journalists, celebrities and of course the qawaali enthusiasts and fans alike, mourned the loss of Amjad Sabri.

Here’s what they had to say about the revered legend:

Please there is NO politics in the murder of #AmjadSabri ..just grief, sorrow & anger…who do we beg for our security?

May Allah forgive his soul . Extremely saddened by his untimely demise #AmjadSabri pic.twitter.com/f10d4LvrFO

No words. This is extremely sad, disturbing and unacceptable specially since he had submitted an application for his protection! #AmjadSabri

Singer Rahat Fateh Ali Khan expressed his grief and condolences on the sad demise of Amjad Sabri, saying, “People will come and go, but Amjad Sabri is such a pillar of Pakistan who will stay with us for good”.

Sad and shocking.. Huge loss to the nation. Prayers for the Sabri family. Thank you Amjad Sabri… https://t.co/vGr5yYMrL5

As long as infection of terrorism is not cured, the innocent people will continue to die at the hands of terrorists. #AmjadSabri

Listening to Shaheed Amjad Sabri's last words of Dua made me burst into tears. Indeed we belong to Allah & to Him shall we return.

Shocked at the murder of famous qawwal Amjad Sabri & his companions in Karachi. A complete failure of law & order & writ of the govt.

I can't believe , We lost a legend like Amjad Sabri , a true friend, having such huge fan following still so… https://t.co/jWW2OLdInv

Deeply saddened over the demise of Amjad Sabri who was shot dead in Karachi. Inna Lillahe wa inna elayhe rajeoun!

.. Amjad Sabri, our famous Qawal, is no more. Extremely disturbing and disappointing on every level. Don't know… https://t.co/dTq253OVlh

Amjad Sabri .. This is such a tragic news. May Allah have mercy on his soul. Ya Allah Reham!

Dont have words 2 write..shocked on the tragic death of a person whose voice inspired millions around the world..a big loss #AmjadSabri #RIP

May you rest peace sir, for your voice rekindled the faith of many.
Stay tuned to Brandsynario for further updates.