Home Entertainment Celebrities These Pakistani Celebrities Are Getting Trolled Over a Harmless Picture!
Advertisement 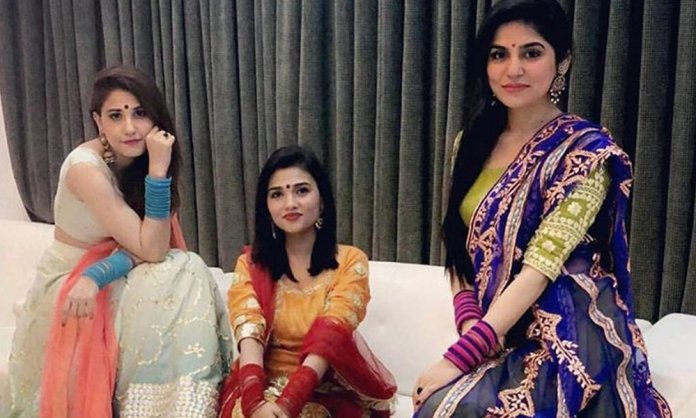 it’s December which means that Shaadi season is in full swing. From our neighborhoods to our uncle’s garden, every venue is echoing our chuckles and laughter from our festive gatherings, dholkis, and other functions that make shaadis as grand as they are in Pakistan.

From our friends to our favorite celebs, everyone’s busy attending weddings. Recently, Anushka and Virat Kohli had a destination wedding, and to be honest, there wedding photos are to die for!

After all, our favorite month of the year, December is meant to bring loved ones together!

One of our favorite Pakistani celebrities, Sanam Baloch, also attended her friend’s dholki, looking absolutely stunning in a lehanga choli.

The bindi on my forehead compliments this lehnga cholli way too well! The colours blended to give all that Midas look! @sanoberazfar Shukria ❤️ Ghanu ki Dholki!! #sanambaloch #offical #exclusive

‘The Morning Show’ host posted a picture of herself, all dolled up, on Instagram.

Partying along with her was the bubbly beauty, Hina Altaf

And uff she was killing it in her white ensemble!

Her ghaghra choli was to die for!

Happy shiny Tuesday morning ! Wardrobe @Sanoberazfar THANK YOU SO MUCH !! anddddddd how can I forget @laraibtheba7 who styled me 💕 hair and makeup Fatima Mansoor

While fans were praising them, there were others who were offended because they chose to wear an Indian attire and were even wearing a bindi.

Here’s how people commented on their photos.

They brought in ‘the akhrat’

They made sure to remind Sanam of the Muslim rituals

And the never-ending taunts!

I love you but…

In a nutshell, they were hating the bindi and the choli look on the ladies! 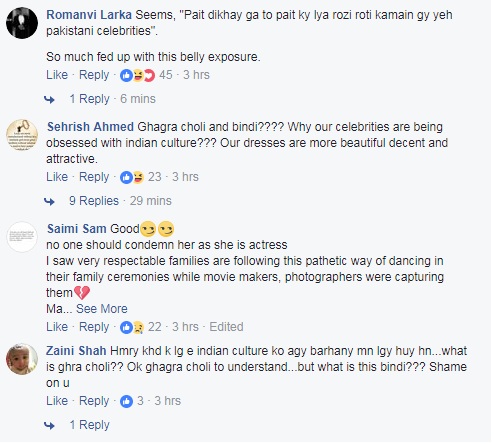 The pictures have been going viral and definitely for all the wrong reasons. These days, everyone is a critic and they think that they have the right to judge you on each and everything, specially on how you look, what you are wearing, and your body weight.

Internet is full of crappy comments of people body-shaming and bashing celebs on how they dress. I hope people realize that there are far more important things than just passing comments on the internet. I hope people start to utilize their time better.