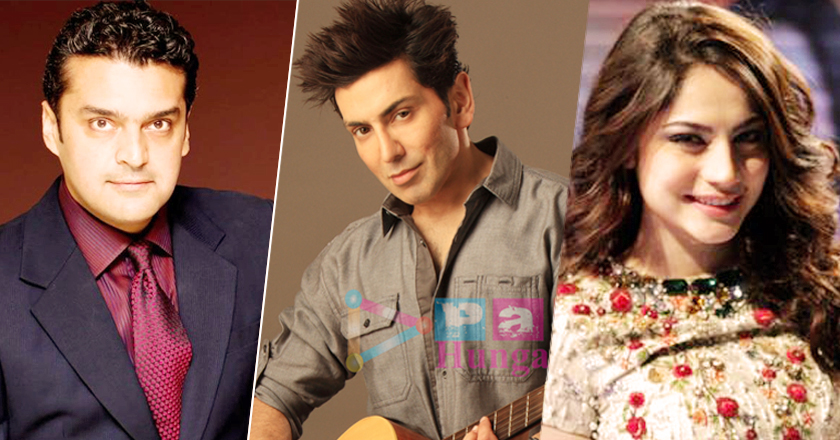 The sudden demise of the legendary Pakistani sufi musician Amjad Sabri has left many of his fans and family devastated and heartbroken; this has led many other Pakistani artists to demand for security too.

In a recent video featuring Fakhr-e-Alam and other important celebrities such as Fakhr-e-Alam, Fakhir, Maira Wasti, Faysal Qureshi, Neelum Munir and many others addressed officials on social media with the the following video:

This is how Pak says gud bye to a real son of da soil…more people at #AmjadSabri funeral then any politician's. pic.twitter.com/1LNzinFg2L

“There is no one to take care of our safety in any way whatsoever,” said Fakhr-e-Alam. “The ‘high-profile’ government officials get away with having hefty protocol because they claim that they are public figures and their lives are at stake at all instances, but what about people like us? Realistically, we are under a more vivid lime light,” the singer said.

In the video, Fakhr-e-Alam said that politicians either provide artists with bullet proof cars or give up their own.

Please there is NO politics in the murder of #AmjadSabri ..just grief, sorrow & anger…who do we beg for our security?

He further added that it is evident from Amjad Sabri’s massive funeral that he was a ‘high profile’ human being, and most of the artists belonging from the entertainment industry are equally famous as these VIP politicians are.

“Under the same logic provided to us (citizens), we believe we are more prominent figures than you are and we deserve the same bulletproof cars and the same security measures,” he said, “If you are unable to provide us with the same then you must return your escort and protocol back to the government.”

“To feel that you and us are the same on Karachi’s vulnerable streets, you must take this action, and if you fail to comply then we will begin to intensify our protest.”

How can anyones life be more valuable then the others…so either u give us the same security or give up yours & be as vulnerable as us.

The government did not give any response as of yet!

Many anchor persons and journalists have also collaborated, showing their support on Twitter.

@falamb3 I support your voice and all those with you ! Raise your voice against this threat !