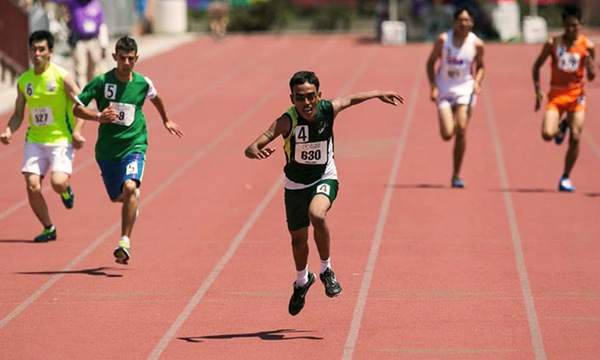 The nation gets one more reason to celebrate! The twenty-one-year-old Ramie Irshad from our homeland won the 200 – meter race at the Special Olympics World Games held on Wednesday, July 29, 2015. The event took place at the University of Southern California in Los Angeles.

In this event, a team off 55-members was representing Pakistan including 43 males, 12 females.

We congratulate all the winners and their families on their magnificent achievements and hope that they would give this country more such reasons to be proud of them.