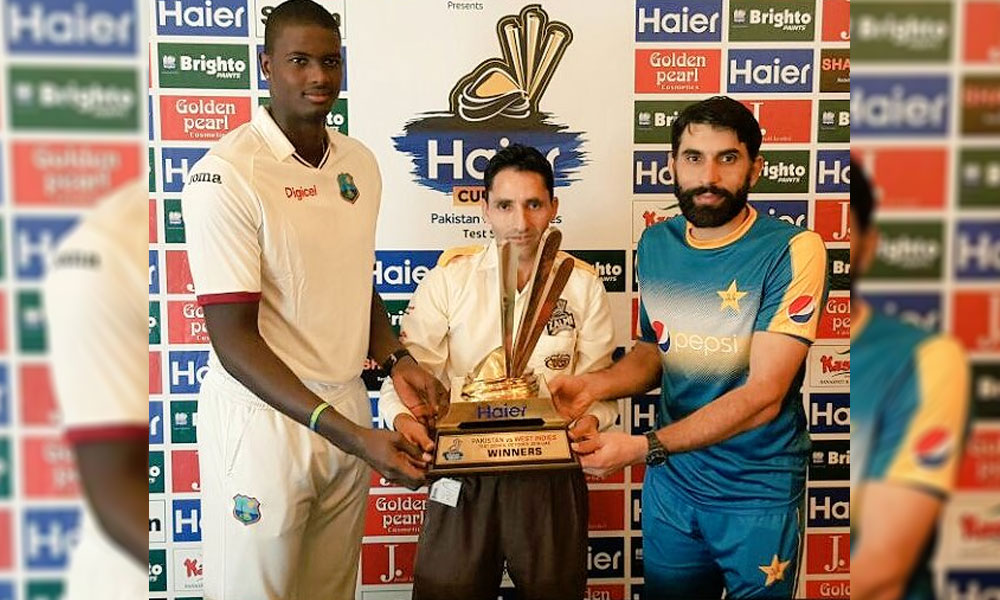 Pakistan vs West Indies has turned out to be a major accomplish for the Green Caps till now. Pakistan has won the T20 as well as the ODI matches, taking West Indies off their feet with a complete whitewash. Both teams will play their first installment of their day-night Test match today, 13th October, in UAE at the Dubai International Cricket Stadium at 4:30PM local.

The match will be historic for Pakistan as the team has never played a day-night match before with the pink ball. The match is also news for Babar Azam and Muhammad Nawaz who will make their Test debut after magnificent play from both the young men throughout the Pakistan vs West Indies series so far. If Pakistan manages to claim victory in the Test matches, it will whitewash the Haier Cup 2016 Series and claim a marvelous win.

It will be a historic win for Pakistan if the national team wins as Dubai will be hosting Asia’s first ever Day-Night Test Match.