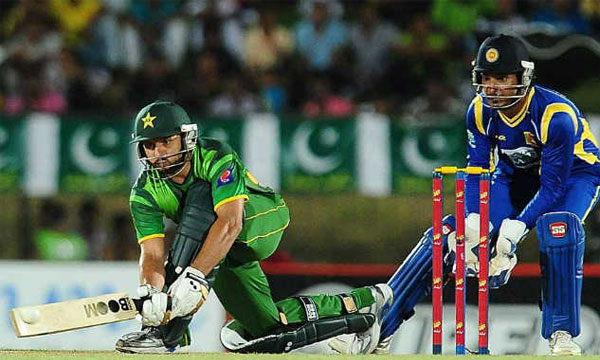 UPDATE: Pakistan has defeated Sri Lanka easily by 6 wickets  in its last game of Asia Cup T20 2016 and it will definitely give them some confidence for the ICC T20 World Cup coming ahead.

Pakistani skipper Shahid Afridi won the toss and invited Sri Lanka to bat first and they batted really well. Sri Lankan openers got a flying start and provided 110 runs opening wicket stand to their side and on the other side, Pakistani bowlers looked ordinary with the ball. In the end Mohammad Irfan’s double wicket over managed to restrict the total to 150 that could have been 170+. Tilakratne Dilshan played a magnificent unbeaten knock of 75 runs.

It was a much needed victory for team green as they want to go for T20 World Cup with a high morale and their batsmen did not disappoint this time. Umar Akmal (42) and Sarfraz Ahmad’s 38 runs at one down position led the foundation of this success. Sharjeel also played a handy innings of 31 runs. Pakistan comfortably got over the target with four balls to spare. Umar Akmal was awarded Man of the Match.

Umar Akmal is the Man of the Match for his 48 runs pic.twitter.com/dPghkneo4X

Sri Lanka set a target of 151 runs for Pakistan in the T20 Asia Cup. pic.twitter.com/om4kuX3fOq

Mohammad Irfan to Shanaka, OUT pic.twitter.com/14cvXwl9SX

Mohammad Irfan to Kapugedera, OUT pic.twitter.com/q1Dqn9upmF

Pakistan will Friday (today) face off Sri Lanka in the tenth match of main round of 2016 Asia Cup at Sher-e-Bangla Cricket Stadium in Mirpur, Bangladesh.

The match is to start at 18.30 PST and 19.00 local time. According to the points table, India stays at the 1st position with 4 victories while Bangladesh is 2nd with 6 points.

Sri Lanka and Pakistan both have 2 points each with 1 winning match each while UAE has not won any game at all in the Asia Cup 2016. Two best teams, Bangladesh and India are through to the Asia Cup finals NAD will be playing their final match on Sunday at Sher-e-Bangla Cricket Stadium, Mirpur.

Previously, United Arab Emirates (UAE) had qualified for the main round and was on number 1 position amongst Nepal, Hong Kong and Afghanistan in their 1sr round.

The Coach Waqar Younis stated that Pakistan will test their bench strength. There is a chance that Afridi may be rested. Players Wahab Riaz, Imad Wasim ad Mohammad Nawaz have a chance to play well.

Coach Waqar Younis said Pakistan were likely to test their bench strength in this match. Allrounder Imad Wasim and bowlers Wahab Riaz and Mohammad Nawaz have a chance of playing. There is a chance Shahid Afridi could be rested.

The weather is likely to be suitable for this match and, given the teams, this can be another low-scoring match on the cards.

Statistics of Sri Lanka and Pakistan