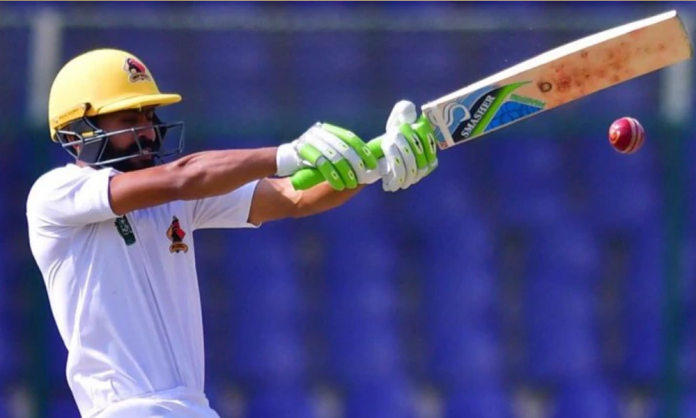 Fawad Alam benched after the surprise inclusion in the Pakistan vs. Srilanka test series squad. Fawad made the cut to test series after 10 years.

The fans were excited to see Fawad play after a gap of a decade but unfortunately, the Karachi based player was benched on the first day of the 3-day test match and Haris Sohail was included in the team.

This sudden dropping of a star player who performed 1200+ runs with 30+ centuries in his overall career till today. Fawad was replaced by Haris Sohail.

After the opening of today’s test match friends were fuming about the benching of Fawad and they started venting their disappointment on Twitter.

This one is seriously disappointed!

You need to be useless like Shan Masood to be in. Your 12000+ runs with 30+ centuries don't matter.
We're really sorry Fawad Alam 💔#PAKvsSL

The question is valid

If you didn’t wanted to play Fawad Alam when he is in terrific form then what’s the point of selecting him ? The never ending bias continues @captainmisbahpk @TheRealPCB @siasatpk @wasimakramlive @iramizraja

He has reservation about chief selector/chief coach Mishbah

She has literally lost all hopes for Cricket in Pakistan

It was a big day for cricket in Pakistan. Till they decided to leave out Fawad Alam. #PAKvSL

And his predictions were on Point

So what happened to Fawad Alam, I told you he will be not in the playing X1

Even Indian fans are not happy about this decision

Well he has broken down the conspiracy

Somebody higher up at PCB really really hates Fawad Alam, no other explanation.

He is sad really sad!

#PAKvsSL
*Fawad Alam not in playing 11*

All of Pakistan when Misbah uses Haris Sohail instead of Fawad Alam.#PAKvsSL pic.twitter.com/dRUGvu9tl7

We love Fawad too!

As per the cricket experts, there are now bleak chances for Pakistan to win the first test match of the series as the squad has no spinner and a good batting line. Let’s hope the players give their best as the nation is disappointed after a below-average performance by the team on Australia’s tour.

Do you think Haris is a better choice than Fawab? Tell your views in the comments below.