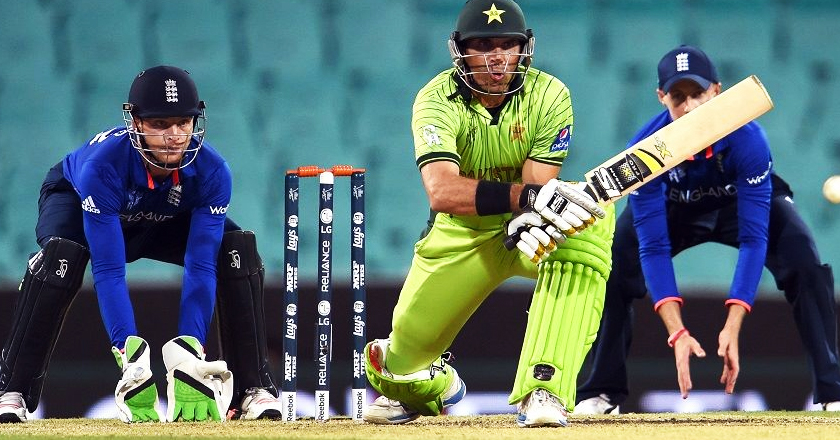 The Pakistani Shaheens beat England in their second warm up match to break the hoodoo of continuous losses Down Under, winning both of their warm up matches, and looking great before their highly-anticipated, mouth-watering clash against India on Sunday.

Winning the toss, England chose to bat. Opener Moeen Ali being dismissed by Ehsan Adil in the second over. With the help of half centuries from Ballance and top-scorer Eoin Morgan, making 57 and 85 respectively, the English team made 250 runs in their 50 overs. Yasir Shah the pick of the Pakistani bowlers with 3 wickets from his 10 overs.

Chasing 251 and batting second, after an early scare of losing its openers for just 10 runs, the Pakistanis gained some much needed steam, courtesy of Haris Sohail, who made 33 off 56 balls to steady the sinking ship.

After losing Sohail, and the team struggling at 78-4, Umar Akmal and captain Misbah ul Haque took over and added 199 runs in the next 22 overs, with Akmal making 65 while Misbah scored an unbeaten 91 off 99 balls.

Misbah’s innings ensured that Pakistan won the game by 4 wickets with 7 balls to spare. James Anderson and Stuart Broad had 2 scalps each.

The warm-up matches have allowed us to witness the steel of this presumably shaky Pakistani line-up, but the two victories must have surely given the players a morale boost.

Pakistan, in the end, comfortably beat the Blues from England. How they fare against the Blues from across the border will be another show of character of our team. Until then, we hope the boys continue to play well.