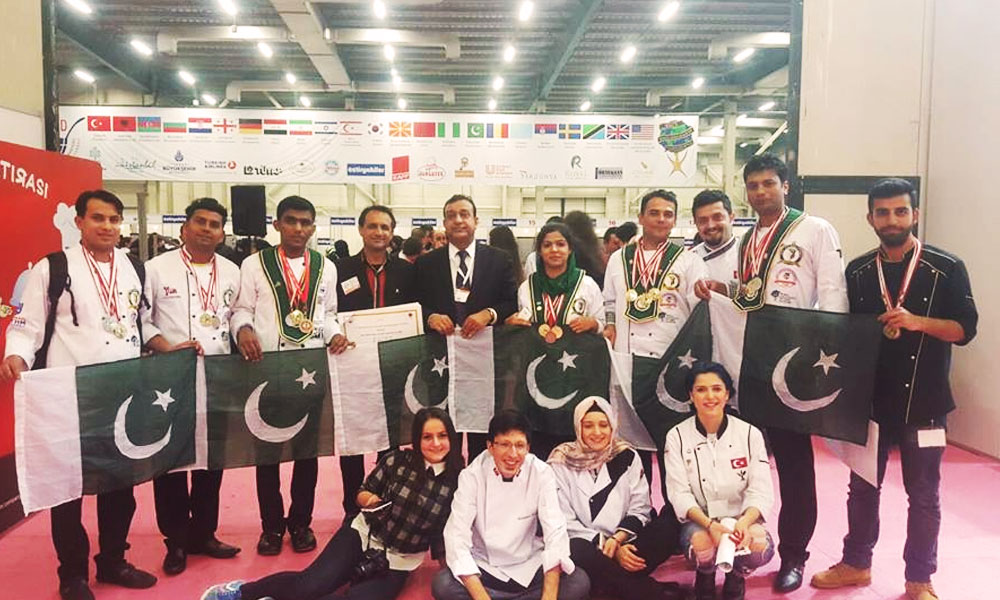 Ahmed congratulated the winning team over the amazing victory. While sharing his joy, he patted on their backs and wished them good luck for their future competitions. “This all is the first time in the history of Pakistan. Pakistan remained high achievers and came up with the leading role. Pakistani chef players were highly appreciated by the international chefs,” Ahmad Shafiq, Secretary General Chefs’ Association of Pakistan (CAP) said.

“We at Chefs’ Association of Pakistan & COTHM dedicate this great award to the beautiful people of Pakistan,” he added. The culinary competition in Turkey was held amongst 25 countries, from February 11th to 14th 2016. The competition was arranged by cooperation with Cooks and Chefs Federation of Turkey (COCFED) and World Association of Chefs Societies (WACS).

CAP, was founded in 2006, as a nonprofit organisation. It is a member of World Association of Chefs Societies (WACS), Paris – the global authority on food.