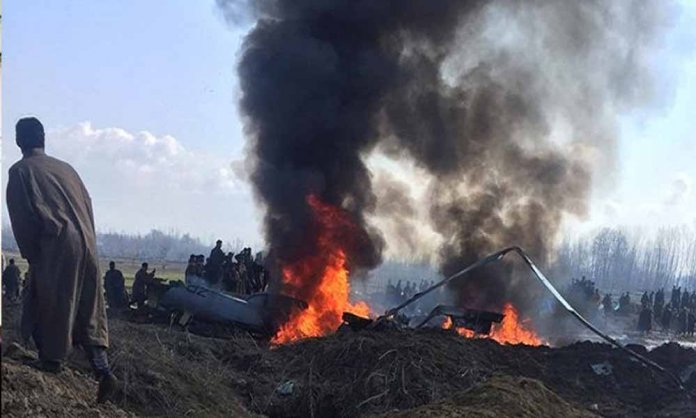 Two Indian Force fighter jets were shot down by Pakistan this morning for violating airspace.

One Indian pilot was arrested by Pakistani troops on ground while two in the area.

Sources reveal that one of the jets fell in Azad Jammu and Kashmir. The second one fell in Indian occupied Kashmir, say the sources.

You need to check out Pakistan army and the citizens’ jubilant celebrations after arresting the Indian pilot.

In response to PAF strikes this morning as released by MoFA, IAF crossed LOC. PAF shot down two Indian aircrafts inside Pakistani airspace. One of the aircraft fell inside AJ&K while other fell inside IOK. One Indian pilot arrested by troops on ground while two in the area.

WATCH: Indian plane going down in flames after it was downed by Pakistan in alleged 1st footage

Picture and video of the arrested Indian pilot have also been revealed on the web.

In his latest statement, Abhi Nandan has revealed that he is being treated well by the Pakistani army.

This is what he stated about himself:

My name is Wing Commander Abhinander

My religion is Hindu

Sorry, Sir. That’s all I’m supposed to tell you.

Maps and weapons have also been recovered from Indian Pilot Wing Commander.

Yesterday, Indian Jets entered Pakistan-controlled side of Kashmir on Tuesday at 3:30 am in the morning.

However, the Pakistan Air Force (PAF) successfully responded and thwarted the incursion into the airspace.

The forum decided that Pakistan will respond to India with its preferred time and place of choice.