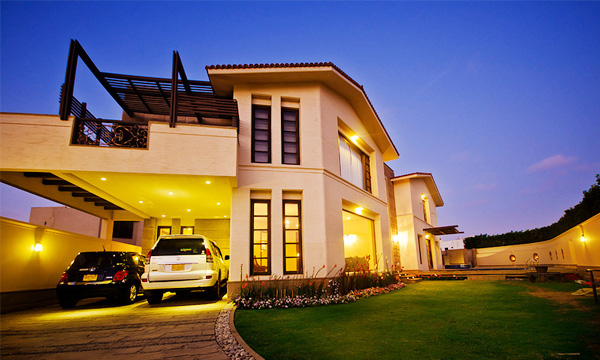 Pakistan’s property market has registered sluggish performance in terms of price fluctuations and activity following the introduction of a new tax regime on July 1, 2016. According to the recent authentic stats, property prices in Lahore, Islamabad and Karachi experienced significant drops in value in the outgoing third quarter (Q3) of 2016.

By comparison, the realty markets of the three metropolises witnessed stellar overall performance during the same period in 2015.

In Lahore’s real estate landscape, not even a single locality could impress investors. Even Bahria Town and DHA Lahore registered sharp declines in property values over the course of Q3 2016. Islamabad’s property sector also showed less-than-impressive numbers, as property values in almost all major localities of the federal capital registered declines. Karachi’s realty sector was certainly no exception. The city witnessed a strong upward push in property values during the first half of the year, however, the new tax regime has adversely affected the gains made in the first six months.

Investment activity dropped to an alarmingly low level during the quarter, signaling an impending crash of property market.

The performance of Lahore’s property market was nothing less than stellar in Q3 2015, but in Q3 2016, the market remained shaky amid stalled investment activity.

Average asking price of 1-kanal and 10-marla plots in DHA Lahore’s Phases VII to IX dropped 2.74% and 3.55%, respectively. Even in Phases I to VI of DHA Lahore, where the property trade activity is mostly steered by genuine buyers and sellers, a drop of 2.28% was registered in the average price of 1-kanal plots. Islamabad’s property market remained on the rocks in Q3 2016. Following the renewed taxation measures, Bahria Town and DHA Islamabad recorded drops of 1.49% and 1.31% during the quarter ending September 30. Sale-purchase activity in Sector B-17 also remained stalled, due to which prices of 1-kanal plots in the locality fell by 3.32%. Stability in property values was witnessed in Sector F-11 during the first six months of 2016, but property prices of the sector saw a downhill trend in Q3 2016.

The realty market of Karachi had been bustling with immense activity during the first half of 2016, however, the positive trend disappeared after the implementation of the new tax regime.

Per Zameen.com’s stats, average asking prices of 500-yard2 plots in DHA Karachi and DHA City Karachi dipped 4.03% and 7.22% over the course of three months. The same localities had registered sharp increases in property values during the first six months of the year. Gulshan-e-Iqbal followed the same trend and recorded drops in property values over the course of the quarter.

Though the property market is on the brink of a collapse, the situation can still be managed if timely measures are taken by the authorities concerned. In case the government fails to act, property prices are likely to see further declines in the months ahead and the few players still hoping for the market’s turnaround could also leave the arena.

According to an estimate, nearly 500 real estate agencies have closed business since the implementation of the new tax regime and the number is expected to increase if the stalemate over taxation persists.

A pragmatic revision in the new property tax regime can steer the market towards betterment, but if the situation lingers on as is, things are expected to take a turn for the worse. The government needs to take prompt measures to save one of the country’s most prolific and resilient economic sectors.