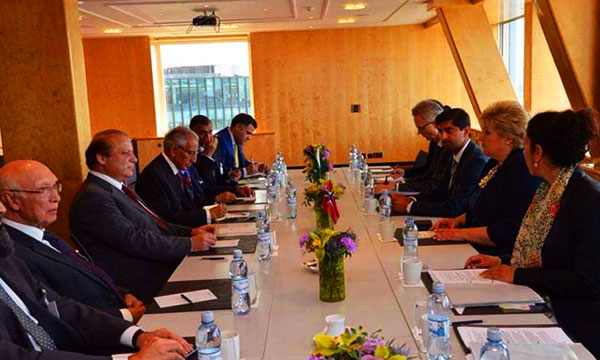 On Tuesday, Pakistan and Norway signed a MoU for the construction of three solar power plants in an attempt to generate a total of 150 MW of electricity.

The ceremony of this MoU was witnessed by Prime Minister Nawaz Sharif and Norway’s Prime Minister Erna Solberg. The MoU was signed between Scatec Solar of Norway and Nizam Energy of Pakistan. The project is based on a build-own-operate basis.

It is expected that the construction of the three solar power plants will start in the first quarter of 2016. According to sources, the project would be completed in a year and will be located in Sindh province.  The initial investment for this 150MW project is $300million.

It is also reported that the second stage of the project will include another 150MW solar plant that will make the initial investment nearly to $600 million.

Sartaj Aziz, advisor on Foreign Affairs and National Security along with other members of Pakistani delegation were also present on the occasion.

Adviser on Foreign Affairs and National Security Sartaj Aziz and other members of the Pakistani delegation were also present on the occasion.