Home Articles Pakistan Idol Review: Is It Worth all the Attention?
Advertisement 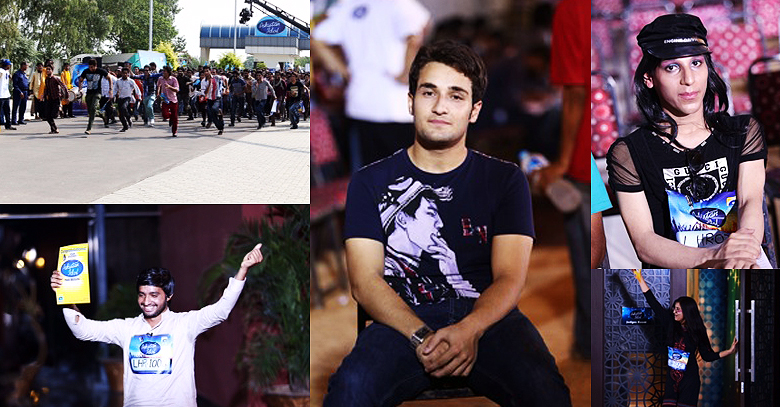 Pakistan idol aired the first episode of its debut season December 6th with thousands of Pakistanis glued to their television sets. The heavily advertised and massively promoted reality show turned out to be everything all the preceding ‘Idol’ franchises have offered their respective countries – same genre of humor, emotions, drama, judges’ candid rants and the complete entertainment package with one slight difference – the singing talent of Pakistanis, the one thing which made the show better than any other Idol franchise.

Firstly the sponsors would be furious by the turn out of the event. Sources close to Pakistan Idol reveal that a toll of PKR 60 million was investment by sponsors in the reality show but only 35, 000 candidates showed interest from the country of music.

Why is that so? From a population that reaches almost 200 million people? That does not even accumulate to 0.017% of the total population.

Secondly, why isn’t Q-mobile, a major sponsor cashing on the opportunity? All the other sponsors like CLEAR, PEPSI and MOBILINK are advertising and associating their brand name with the reality show unfailingly.

Also the most asked question of all ‘on what criterion have the selected the judges of the show?’ All three are tremendously talented at what they do, but for judges there could have been a hundred better options to select.

Bushra Ansari with all the diversity in her acting skills with once in a blue moon singing spree is still unmatched in every regard but not as great of a choice to judge the nations’ supposedly biggest singing show.

Ali Azmat has experimented with seemingly everything, from acting to going to Bollywood to now a single ‘Babu Bhai’ in Coke Studio. Hadiqa Kayani – once the country’s nightingale – is nowhere to be seen.

The show is called ‘Pakistan Idol’ not ‘Memories from the Past’. Rahet Fateh Ali Khan, Atif Aslam, Sajjad Ali, Rohail Hyatt (maybe not a good choice because of Coke Studio) but the point remains, that the country is blessed with amazing singing icons who could have aspired the show to become an ‘Idol’ while seeking the Pakistan Idol.

From the first episode Pakistan idol seems to be following the footsteps of Indian Idol, the closest relative to the Idol franchise.

No imagination, no originality therefore no threat to Coke Studio or Nescafe Basement. Since, both of these shows are, in contrast to Pakistan Idol, more Pakistani and definitely more original and imaginative.

It is hard to predict what the reality show will achieve in its first edition, however – one thing can be said with certainty that Pakistan Idol has a wonderful head start and an even better opportunity to lead the television reality shows in the country; It would be a shame if the reality show fails to do anything less.

Would Pakistan Idol be able to take the lead in the ratings on Pakistani television, in the lights of shows like Bigg Boss and Kaun Banega CrorePati? What is your opinion about the show?