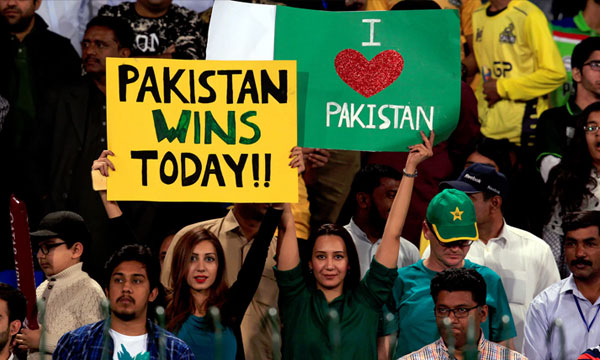 Pakistan has re-welcomed international cricket in the best of ways! Cricket came back home when Pakistan Cricket Board and Pakistan Super League decided to hold the PSL 2017 final in Lahore. The final remained successful with no security risks and the entire world now eyes what the future of sports in Pakistan would be.

Now, once again, the country is ready to become the host of another series for international cricket, Pakistan XI vs World XI in which our green shirts will take on some of the best and experienced players from around the world. According to a source, International Cricket Council is planning a 4-match T20 series in late September.

The four-match series at the Gaddafi Stadium – to be called The Independence Cup to mark the 70th anniversary of partition – is intended to continue the reintroduction of top-level cricket to the country after nearly an eight-year hiatus. International cricket has been missed in the country after the unfortunate attack on Sri Lanka’s cricket team back in 2009. Then came along Zimbabwe’s team two years ago to make a statement that cricket is always welcomed.

According to a source details of who the World XI team will be is yet to be established.

Giles Clarke, the president of the England and Wales Cricket Board, heads the ICC’s Pakistan Task Force that has been looking at ways to end a drought of international cricket and stated the PSL final, while not simply a test run for the World XI series in itself, has shown cricket can be staged in Lahore.

“The desire is to give the cricket-starved Pakistani supporters the chance to see some of the world’s finest players in live action,” The world of cricket needs to help Pakistan, who cannot continue to play their home fixtures overseas. The youth need inspiring, and the national teams need far more cricket played in familiar terrain. Furthermore, the terrorists cannot win and cricket must not give up on Pakistan.”- Giles Clarke

“Giles has written a letter to me and has praised the successful and safe staging of the PSL final and has promised to bring a World XI to Pakistan in September this year,” Shaharyar Khan, the Pakistan Cricket Board chairman

“As soon as they brought out how tough it would be to get to the players, I almost felt it was my duty to come and represent the team and do the right thing by them,” he said. “Despite all the concerns that there have been in Pakistan, there has been an initiative to try to bring top-class cricket back to the country.”- Dawid Malan