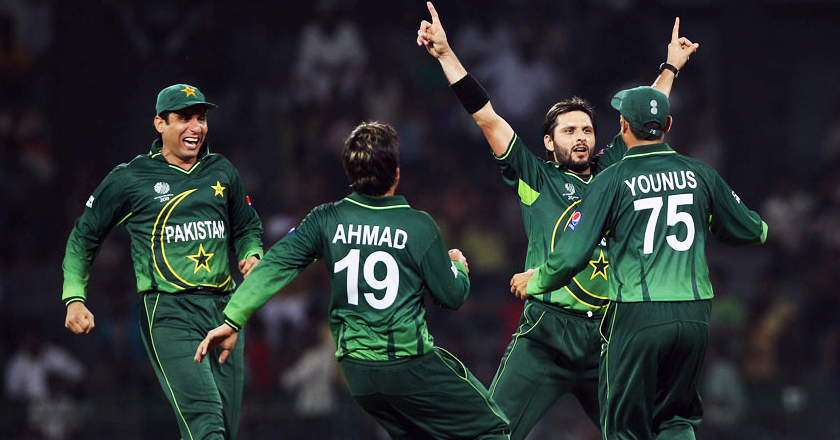 Tick-tock, tick-tock, the clock is fast ticking down as the countdown to the 2015 Cricket World Cup well and truly enters its final phase.

With the 11th edition of this mega event starting on Valentine’s Day, cricket lovers from all over the world are getting ready to welcome the cricketing festival with arms wide open. And what better way to start off the event with two big matches in the first two days of the tournament, with Australia playing their Ashes rivals England in Match 2 on the first day, followed by arguably the biggest match in Cricket, with arch rivals India playing Pakistan in a battle of sub-continental supremacy, to gain steam ahead of their other group games.

As the days get shorter and the big match day comes close, Cricket legends and analysts alike have been sharpening their pens and analyzing the Pakistani team’s chances against the reigning World Champions, India.

Former Test spinner, and arguably one of the greatest spin bowlers of all time, Pakistani legend and the inventor of the ‘Doosra’, Saqlain Mushtaq, who is currently helping Saeed Ajmal to remodel his action, when asked about Pakistan’s chances against India, firstly shrugged off the national team’s two losses against teams from New Zealand, and then stated that barring a few glitches in the team, they possess the ability to outperform MS Dhoni’s team.

Speaking to DAWN, Saqlain Mushtaq said that even though the team has yet to beat India in a World Cup encounter, he believes that the Pakistani team has fighters within the ranks and should play fearlessly and positively to beat India.

He also stated that since the majority of players have learnt their cricket without going to academies, they possess a killer instinct that is rarely found in players of the modern era and that the never-say-die attitude of the team has often dragged the team out of possibly lost encounters.

Additionally, he pointed a finger at the Pakistan Cricket Board for failing to come up with solid plans in relation to Saeed Ajmal’s absence in the tournament.

He said that he believes the Indian bowling attack should complement their near-perfect batting line-up, in order for them to qualify into the knockout stages. He also showered praises on MS Dhoni’s captaincy skills, lauding him for his mettle and believes that retaining the title would be a bigger challenge for him than it was winning it.

Pakistan and India clash together on February 15, 2015 at the Adelaide Oval. The encounter starts at 8AM PST and can be watched on PTV Sports.