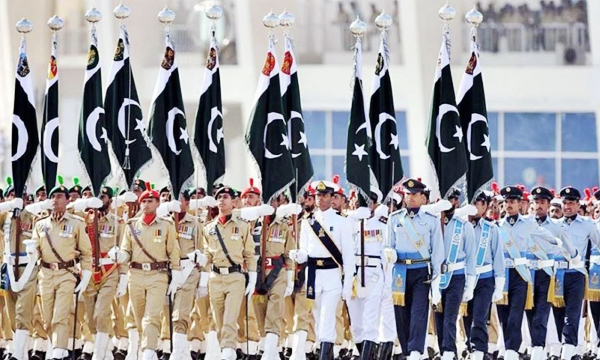 Defence Day 2016 is being celebrated all over Pakistan, with full zeal and respect for the daring soldiers of our motherland.

To honor the sacrifices of our brave heroes of the 1965 war, this national day is observed every year on September 6 in memory of the endurances by the Pakistani Armed Forces.

What is more, 2016 marks the 51th anniversary of Pakistan’s Defence Day.

All over the country, special events are being organized at the defence formations where defence artillery will be displayed. The day began  with a 31-gun salute at the Federal Capital and 21-gun salute at provincial capitals.

See highlight of Defence Day ceremonies being held over the nation below.

The Nation celebrates #PakistanDefenceDay Today and paying tribute to The Real Heroes of
1965 martyrs. pic.twitter.com/7h1O1fkkGx

Pakistani Celebrities are also sending their heartfelt wishes to Pakistani army in light of Defence Day 2016.

#PAF #academy #Risalpur #uniform #honour #pride #defence #day all those brave men who put on this uniform. I salute u

Starting 6th September off with this incredible woman right here. Captain Annie, we are deeply indebted to you and to all those brave men and women who are serving our great nation. Thank you. #PakistanZindabad #HadiqaKiani #ISPR #PakistaniWomen