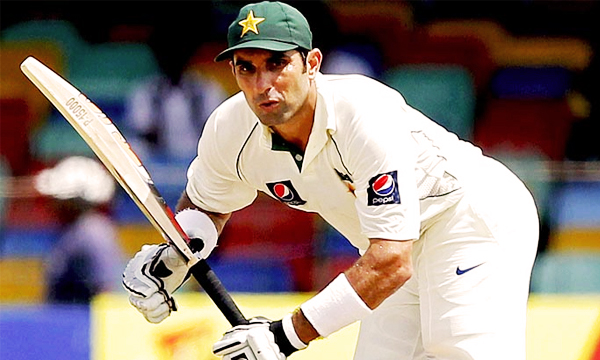 Ageing Pakistan Test captain Misbah-ul-Haq on Monday confirmed he will not only lead his side in their four-match series in England this summer but is determined to play on until next year’s tour of Australia.

He is Pakistan’s most successful Test captain, having led his country to 20 wins, 11 draws and 11 defeats in his 42 matches in charge — a better record than the legendary Imran Khan. But his desire to continue has been in doubt since Pakistan’s 2-0 win over England last November, with doubts over his hunger to continue compounded by a calf injury in January that flared up during the Pakistan Super League a month later.

Speaking to AFP, Misbah, who turns 42 next month, said he had now made up his mind and was determined to play on, pending form and fitness.

“I am working on my fitness,” he told AFP. “I am trying to get a contract with a county so that I can get some practice ahead of the England tour but if that doesn’t come through then I will be touring England with Pakistan ‘A’ ahead of the four Tests to get acclimatised.”

The first of four Tests will start at Lord’s from July 14.

Surprisingly, Misbah has not played a single Test in England during a 61-match career — and the fast paced tracks are expected to Test the reflexes of the veteran.

“I know it’s a big challenge, so I am doing the best preparations for the tour and realise the strength of the opposition,” said Misbah. “After the England tour I am planning to play until the Australia tour as there is not that much gap between the two series”.

“All my plans are related to fitness and form and that’s my priority,” he added.

Pakistan will play two Tests against the West Indies in September and October followed by two Tests in New Zealand (November) and three in Australia (December-January 2017).