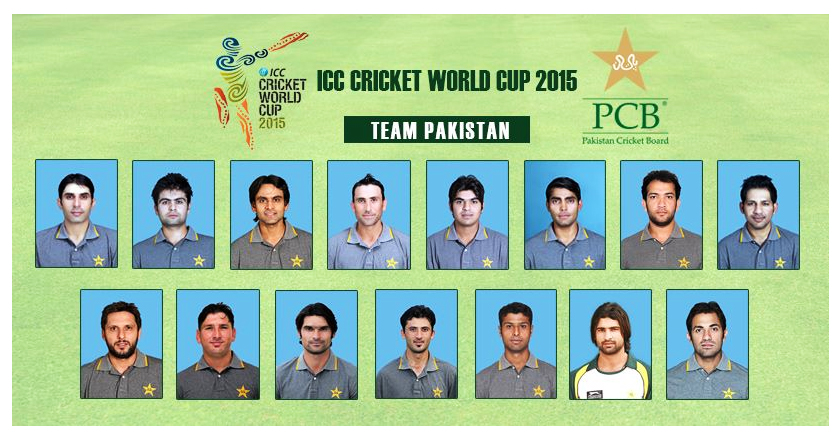 Pakistan Cricket Board has announced the national team’s 15-man squad for the ICC Cricket World Cup 2015, scheduled to be hosted by Australia and New Zealand from 14 February to 29 March, 2015.

Umer Gul, Pakistan’s strongest death-over bowler, has been struggling for form after recovering from his recent knee injury, the same reason leading to his surprise exclusion from the squad.

Veteran Younis Khan, Misbah-ul-Haq, Asad Shafiq, Sohaib Maqsood, Harris Sohail, and Umar Akmal are included as middle-order batting specialists. Misbah-ul-Haq will retain his position as the captain of the team following his return from injury, while Sarfaraz Ahmed will take his rightful place behind the stumps.

The complete 15-man squad is as follows: