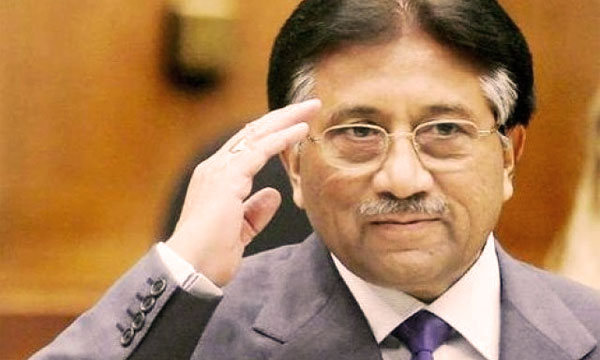 Pakistan‘s top court on Wednesday ordered the government to lift a travel ban on former military ruler Pervez Musharraf, a move that could let him leave the country while awaiting trial for treason.

Musharraf’s lawyers say he needs to go abroad for urgent spinal treatment not available in Pakistan. He was placed on the “Exit Control List” (ECL) in 2013 after he returned to the country on an ill-fated mission to contest elections.

Ths former ruler was barred from taking part in the polls and instead forced to face a barrage of legal cases.

Last June his name was removed from the ECL by the Sindh High Court. But the federal government, headed by his long-time rival Prime Minister Nawaz Sharif, appealed the verdict.

But he said the government or a separate court could technically pass a fresh travel ban if they provided valid reasons.

Faisal Hussain, one of Musharraf’s lawyers, welcomed the verdict. “He can leave any time any time now — there is no impediment or hurdle,” he told AFP.

“It is between him and his doctor now where he wants to be treated.”

In January Musharraf was acquitted over the 2006 killing of a Baloch rebel leader, Nawad Akbar Bugti.

The decision meant there are now four outstanding cases against him all dating from 2007 — including treason for the imposition of emergency rule, the unlawful dismissal of judges, the assassination of opposition leader Benazir Bhutto in a gun and suicide attack, and the raid on the radical Red Mosque.

Musharraf ousted Sharif from power in 1999 in a bloodless coup and ruledPakistan until democracy was restored in 2008.