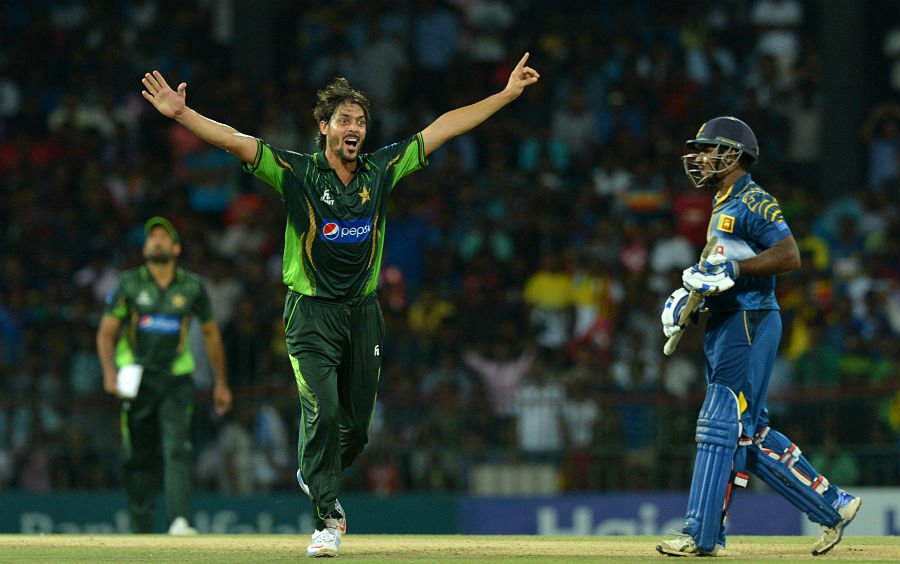 In a thrilling encounter at Colombo, Pakistan beat Sri Lanka by 29 runs, taking a 1-0 lead in the two-match T20 International series. Having won the toss and choosing to bat first, Pakistan got off to a shaky start, losing Mukhtar Ahmed in the second over with the score at 10 runs.

Muhammad Hafeez and Ahmed Shahzad took the initiative from there on and steadily put on some runs on the scoreboard before Hafeez was dismissed by Perera in the eighth over with the score at 52 runs. Ahmed Shahzad followed soon after, getting out at a decent score of 46 runs off 38 balls. Shoaib Malik and Umar Akmal then carried the baton, playing some mesmerizing shots and adding in 81 runs for the 4th wicket.

Both the players scored 46 runs. Captain Shahid Afridi could not do much, getting out in typical Boom Boom fashion soon after hitting a six. The team finished at 175-5 after 20 overs. Perera took 2 wickets, while Fernando, Mathews, and Malinga took one wicket each.

In reply, Sri Lanka started off very badly, losing both of their openers at a total of 13 runs. Debutant Dhananjaya Silva played some nice strokes and steadied the Sri Lankan ship, before mistiming a shot and getting out just when he had started to look dangerous. Angelo Mathews also helped put some runs on the board but fell victim to a brilliant Imad Wasim delivery.

Siriwardana also looked in the mood, playing some wonderful shots and scored a quick-fire 35 off 18 balls before being dismissed by Sohail Tanvir. After the end of 20 overs, the Sri Lankans could only manage to score 146 for 7, losing the game by 29 runs in the process. Sohail Tanvir stood out with 3 wickets. Anwar Ali took 2 wickets while Imad Wasim and Shoaib Malik took 1 wicket each.

Sohail Tanvir was awarded the man of the match award for his brilliant bowling performance.

The second T20 international between these sides takes place on August 1, 2015, at Colombo. The match starts at 06:30 PM Pakistani Time.