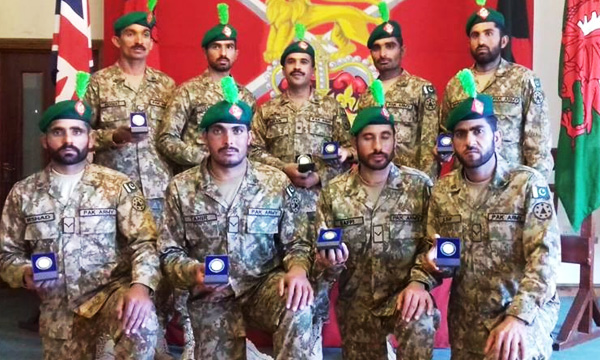 This is not the first time a team from Pakistan army reaped gold in the event. Last year as well, the nation’s soldiers achieved the same feat when they defeated around 140 teams from armies across the globe.

This year, the 59 Punjab from 37th Division / 1 Corps represented Pakistan Army in Cambrian Petrol in the UK and won a Gold medal. pic.twitter.com/pDrDpBOLHL

It is the most important affair in British Army’s training calendar and is considered to both of a physical and mental challenge. It is regarded as one of the toughest tests a modern-day soldier can face,

Thus, by grabbing gold, the accomplishment speaks volumes about skills and training expertise in Pakistan Army.

Pakistan Army troops showcased their mission planning skills at the Cambrian Patrol which contributed to their Gold medal win. pic.twitter.com/AzaFET2Uy6