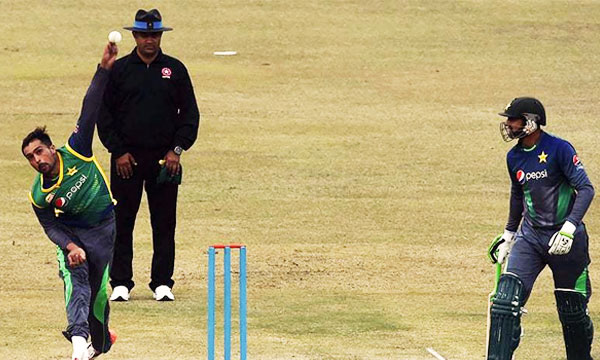 The much-awaited Pakistan vs New Zealand is all set to begin on Friday, in Auckland with Mohammad Amir who is set to make his International comeback after serving jail term and a five-year-long ban for spot-fixing. Amir is expected to be named in the starting lineup for the opening T20 when Pakistan will display their strong bowling attack against NZ unit, oozing with excellent batsmen.

Waqar Younis, the Pakistani coach said that he expected Amir to cope up with the intense scrutiny he can come under when the bowling starts.

“It is hard to exactly tell how the whole thing is going to come up but my experience says that he is a smart kid, even at the age of 18 he was smart then,” Waqar said.

“He knows what he is doing and he is ready for that challenge.”

Amir was banned from cricket for five long years since 2010 after being guilty of spot fixing. He was accused of deliberately bowling no-balls in a Test at Lords, against England. His return to the cricket arena has added to the talented cricketers’ pool for Pakistan including Wahab Riaz, Umar Gul, Aamer Yamin and Anwar Ali.

Riaz stated that Amir’s in-swing capability with the new ball has added to the strength.

“He’s getting a chance. He’s a great fast bowler, he’s proved that in the past. It’s time for him to prove here as well. And he will prove it,” Riaz said.

“With him there’s less pressure on me as a bowler, because I’m getting his support. Umar Gul is back and is doing really well. It’s going to be a good combination for Pakistan.”

Pakistan seems to have a stronger bowling attack as compared to the Sri Lankans, who were recently departed. Even though the opening batsmen Ahmed Shehzad said that NZ had to take major credit for how they batted.

“No doubt, they are playing wonderful cricket at the moment,” Shehzad said, referring to New Zealand’s 2-0 sweep in the T20s against Sri Lanka.

The Eden Park ground, where the match is to take place, has smaller boundaries which depicts that it is an ideal chance for hitters who are at the top of the New Zealand (NZ) order.

New Zealand is to take on Pakistan in three T20s and three ODIs. NZ played against Sri Lanka on Sunday and won by 9 wickets with 60 balls to spare. In the match, Martin Guptill scored 63 in 25 balls while Kane Williamson added 31 runs in 21 balls.

“They are playing without any fear and they have no issues with their places,” Shehzad added.