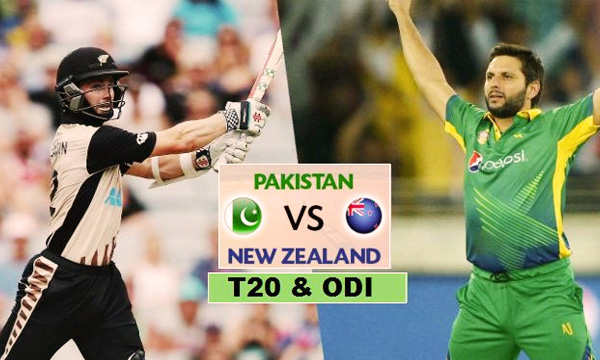 UPDATE: Rain washed out the second one-day international between New Zealand and Pakistan in Napier on Thursday.

Umpires Bruce Oxenford and Billy Bowden waited more than four hours for the weather to clear.

But when the rain finally stopped there was no sun to dry the waterlogged outfield and the match was abandoned.

New Zealand won the first ODI in Wellington on Monday by 70 runs with the third and final match set for Auckland on Sunday.

Rain delayed the start of the second one-day international between New Zealand and Pakistan in Napier on Thursday.

The forecast was for the rain to continue for several hours and it was doubtful there would be any play.

New Zealand won the first ODI in Wellington on Monday by 70 runs with the third and final match in Auckland on Sunday.

The second one-day international between New Zealand and Pakistan is to be held at Napier, New Zealand today.

Pakistan hopes to perform better and showcase a stiffer challenge to New Zealand than Sri Lanka did, but with two matches to go, their tour seems to be going the same way as the previous one.

The recent loss was the most disappointing of the three on tour. New Zealand was held by the collar at 99 for 6; Pakistan eased its grip and introduced spinners to fasten the over-rate. The New Zealand’s lower order threw them to the ground.

Luke Ronchi is rested for the last two matches, and BJ Watling replaces him.

Pakistan will probably keep their attack intact, but Shoaib Malik is likely to come back into the middle order, having recovered from his injury. Sohaib Maqsood seems likeliest to make way.

Under-19 Cricket World Cup To Start In Bangladesh Today