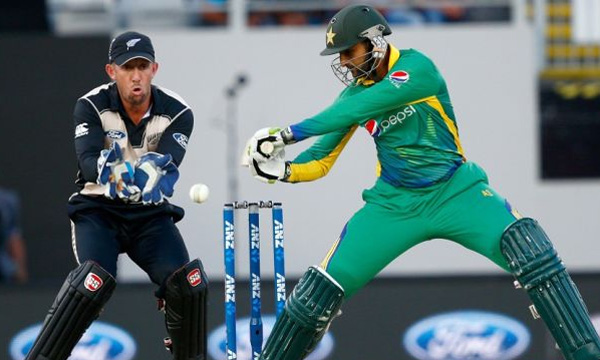 New Zealand beat Pakistan by 70 runs in the opening one-day international in Wellington on Monday. In reply to New Zealand’s 280 for 8, Pakistan were all out for 210 with four overs remaining. For New Zealand, Henry Nicholls hit 82 and for Pakistan Mohammad Amir took three for 28.

Babar Azam made 62 for Pakistan with paceman Trent Boult taking four for 40.

Fine strokeplay from Henry Nicholls and a late assault by tailenders took New Zealand to a formidable 280 for 8 in the first one-day international against Pakistan in windy Wellington on Monday.

Nicholls, only in the side as cover for the injured Ross Taylor, made 82 in just his sixth ODI.

With another new face of New Zealand cricket, Mitchell Santner, they produced a 79-run stand for the seventh wicket after New Zealand were in a perilous state at 99 for 6.

Tailenders Matt Henry, 48 not out, and Mitchell McClenaghan then bludgeoned Pakistan for 73 off 33 balls before McClenaghan took a vicious blow to the head and retired hurt on 31 with one ball remaining.

Nicholls, Santer and Henry all produced career-best figures with the latter smacking four fours and four sixes in his innings.

Before the late charge, Pakistan had been on top with Mohammad Amir picking up three for 28 before he hobbled off after injuring his left leg at the start of his ninth over.

The 23-year-old, still working his way back into favour after a five-year ban for spot-fixing, was given the arduous duty of toiling into the strong Wellington wind in his first spell.

Two of his first three deliveries were wides as he struggled to get to grips with the conditions but once he settled the full range of skills in his armoury was deployed. 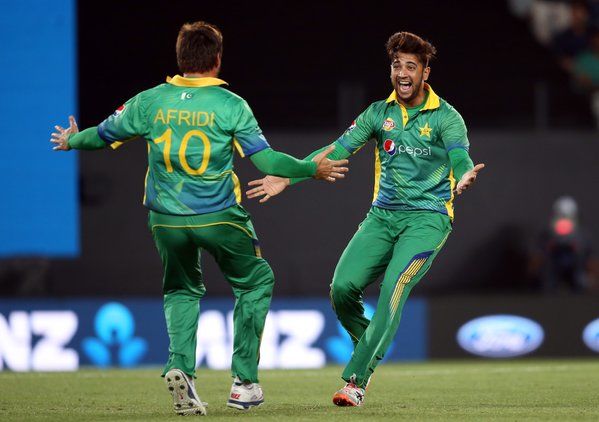 He took one wicket upwind and was rewarded with a change of ends for his second spell when he took two more with a range of swing and seam deliveries and well-placed bouncers.

After losing the toss and being sent into bat, New Zealand saw their prime batsmen fall cheaply, leaving the 24-year-old Nicholls to make the most of his opportunity.

He easily passed his previous best of an unbeaten 23 on debut against Sri Lanka on Boxing Day in a well-crafted innings. Openers Martin Guptill and Tom Latham, were both out for 11, in a three-ball burst.

Mohammad Irfan, stung by being hit for six by Guptill, came back with a bouncer that was hooked to Wahab Riaz at long leg. Amir then captured the first ODI wicket in his comeback campaign when Latham delicately gloved the ball to wicketkeeper Sarfraz Ahmed.

Kane Williamson and Nicholls added 45 for the third wicket before Mohammad Ali claimed the next two wickets in the space of three balls. The sole right-armer in Pakistan’s pace armoury had Nicholls dropped on 15 by Mohammad Hafeez at first slip with his second ball.

But luck went his way in his fourth over when he bowled Williamson (10) and Grant Elliott (0) to reduce New Zealand to 70 for 4 after 16 overs.

Amir had Corey Anderson (10) and Luke Ronchi (5) both caught behind before Santner joined Nicholls to provide some backbone to the innings.