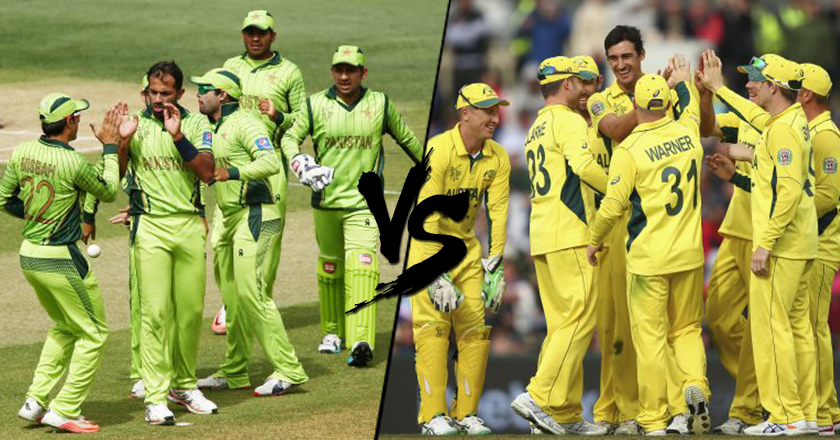 The first knockout round of the ICC Cricket World Cup 2015 is underway, with South Africa winning against the Sri Lankan Lions today in the first quarterfinal of this World Cup edition.

The quarterfinal stage has some exciting matches lined up, with big hitters New Zealand and West Indies battling it out in one of the most mouth-watering fixtures of this year’s tournament.

For details on the quarterfinal stages of the competition, click here.

The men in Green from Pakistan face the mighty Aussies in their quarterfinal encounter on Friday, in what could be dubbed as possibly the biggest match in the Pakistani cricket team’s recent history.

This World Cup is the last time we see greats of the game Misbah-ul-Haq and Shahid Afridi don the green of their country, while it is also the last World Cup for Pakistan’s legendary batsman, Younus Khan.

The Pakistanis face a steep task of toppling the mighty men from Down Under in their quarterfinal game, who have been beaten only once in the tournament. With four wins on the trot, the Pakistanis head into this crunch game having gained some much needed momentum.

The two cricketing giants have met in 92 One-Day Internationals, with Australia winning 57, while the Pakistanis have won 31.

However, Pakistan soundly beat the Australians in the group stages of the 2011 ICC Cricket World, their last encounter in the World Cup.

But how do these teams fare up against each other in this crunch tie?

Australia is one of the most balanced sides in this year’s tournament, with a strong opening batting pair of David Warner and Aaron Finch, a solid middle-order comprising of Michael Clarke, Steven Smith, Glenn Maxwell, Shane Watson, and George Bailey, and a well-balanced bowling attack including the likes of Mitchell Marsh, Mitchell Starc, and Mitchell Johnson.

The fielding is supreme, with the only weakness in the team being their inability to kill off teams earlier.

What can this man not do with the bat? The answer is absolutely nothing. Driving, cutting, hooking, slogging, improvising – Maxwell has everything in his arsenal. His impressive batting is backed up by his brilliant off-spin, slow bowling, and the Pakistani batsmen will need to be extremely critical of his presence in the opposition team.

The aggressive fast bowler is a firework – if he gets going, the Pakistani batsmen will have a torrid time scoring runs. His in-swinging yorkers and consistent fast paced bowling are up there with the very best fast bowlers of today.

The apparent dark horses in this edition of the World Cup, the Pakistani team was written off after it lost its first two games of the tournament. However, they came back strongly and won brilliantly against Zimbabwe and South Africa, while also beating the UAE and Ireland.

The fast bowling attack of the national team is undoubtedly one of the best in the world, however not the best we are used to, but with the likes of Rahat Ali, Sohail Khan, and Wahab Riaz hitting top form at just the right time, the bowling unit looks as solid as it has been for quite some time.

The only weakness of the team lies in its fielding, with the players failing to flatter in their stopping of boundaries and taking of catches.

The man who was neglected for the first four games of the tournament, has played brilliantly in his two appearances for the team, winning man of the match awards both the times for his magical batting and exceptional wicket-keeping.

The Pakistani wicket-keeper has announced his arrival on the biggest cricketing stage, and is bang in form, something the Australians must already be well aware of.

Pakistan’s fastest bowler since Shoaib Akhtar, Wahab Riaz is a bowling all-rounder who happens to be technically brilliant with the bat. His fast, swing bowling is a threat for every batting side in the world, and his ability to perform brilliantly in crunch encounters makes him an even potent force.

Pakistan and Australia meet in Game 45 of the World Cup in the third quarterfinal on Friday, March 20, 2015.

The game, which will be telecasted live on PTV Sports from the Adelaide Oval in Adelaide, Australia, begins at 08:00 AM Pakistani Standard Time.

Catch all the live action and pre-match and post-match analysis on PTV Sport’s Game On Hai, hosted by Dr. Nauman Niaz.