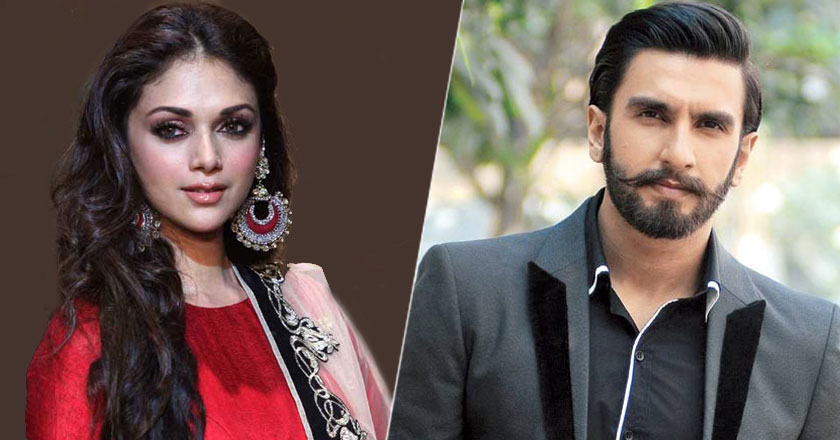 Update: Sources have unveiled that Padmavati, a Sanjay Leela Bhansali project in the making starring the famous Ram-Leela pair, Ranveer Singh, and Deepika Padukone will now feature another actress. According to the source, the actress is Aditi Rao Hydari, the former co-star to , Ali Zafar, Fawad Khan, Akshay Kumar, Ranbir Kapoor, and others.

“There have been several meetings between Bhansali and Aditi and the director has finally decided on Aditi over four other choices. At the moment, the costumes and set designs are being finalized and the film rolls by November-end.” added the source. She may be playing his first wife in the movie, an interesting romance to be seen on the silver screen, soon. Sanjay Leela Bhansali is on his way to make a new film , Padmavati with the much-coveted and hit on and off- screen pair Deepika Padukone and Ranveer Singh.

The upcoming movie named Padmavati will begin shooting in September this year and is scheduled to be completed in six months, if everything goes according to Mr. Bhansali’s plan. Ranveer Singh and Deepika Padukone will be seen in lead roles, playing the characters of Allauddin Khilzi and Rani Padmavati respectively.

Padmavati will be yet another classic period film after Sanjay Leela Bhansali’s ‘Ram Leela’ and ‘Bajirao Mastani’. The movie will be a biopic on Queen Padmavati of Mewar who was known for her beauty, intellect and courage.

It will revolve around Emperor Allauddin Khilzi’s obsession with the queen of Chittor, Rani Padmavati.

If rumors are to be believed, Vicky Kaushal has been on board to play Deepika Padukone’s husband in this period love story. According to sources Bhansali was looking for a relatively fresh talent to essay the role of King Rawal Ratan Singh, husband of the Mewar queen, and was quite impressed with the young actor’s work.