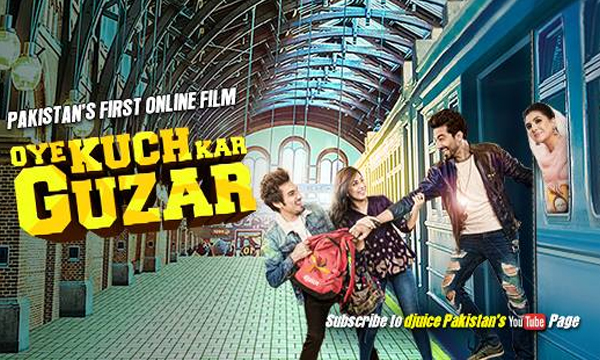 It’s rare to find a good Pakistani movie out there and even more so to find a decent commercial one; but to my surprise “Oye Kuch Kar Guzar” managed to not only be such a commercial masterpiece, it in fact opened doors to a new genre of films in Pakistan. Oye Kuch Ker Guzar opened with a bang on Saturday night and since it is Pakistan’s first attempt at a proper online movie, it is basking in the limitlessly rising number of viewership from around the globe.

But miraculously unlike most firsts of anything, Oye Kuch Ker Guzar didn’t lack in terms of cinematic quality and wholesome storytelling. djuice and Harris Rasheed have truly set an example of how good movies can be if the sponsoring brand lets the film maker be creative and not set limits in terms of writing and direction.

So keeping spoilers to a minimum, let’s begin!

We follow our hero “Sherry” (Ali Safina) who embarks upon a journey from Lahore to Karachi to prove to his father that he can fulfill his dream of becoming a successful musician. He is accompanied by his best friend “Jango” (Uzair Jaswal) on his train trip where they meet “Xaraa” (Ushna Shah) a typical Lahori girl on her way to her brother’s wedding and “Shabnam” (Mahjabeen Habib) an Urdu literature fanatic journeying towards Karachi to meet her favourite urdu writer. But fate had a not-so-subtle plan for them in mind and they are thrown into a whirlpool of adventure, mayhem and excitement to realize that they are the creators of their own destinies.

THE CHALLENGER BECOMES THE CHAMPION!

I straightforwardly give this online masterpiece a whopping 8 out of 10; I think that’s the highest I have so far awarded any Pakistani production…and if you don’t take my word for it, by all means, do have a look at it yourself. YES…since this is an online movie, available to all on YouTube. Oye Kuch Ker Guzar enjoys immediate viewing by everyone anywhere in the world till the end of days.

It has so far secured the 42th position in the Youtube’s top 100 trending list since it was uploaded on Saturday night. Even if this was a regular box office movie I wouldn’t have minded watching it twice or thrice on the big screen. Another new appeal they brought to the movie was interactivity. When watching it, you’ll feel as part of the story itself since it would be up to you to choose where the story should go from each cliffhanger.

At the premiere we followed a particular set of options that led to the end of the movie, but once I got home I actually tried all the other options too and it felt like I had watched two or more movies instead of one…I couldn’t have been more satisfied.

Starting with cast and crew, I believe Harris Rasheed completely understands and whole-heartedly connects to his audience. He doesn’t underestimate the audience and neither does the cast or how their roles were written. Ali Safina the lead of the movie stole most of the show because after all the story is about his journey to pursue his dreams. And we realize in the last moments of the story why that is so. Mahjabeen Habib totally blew me away with that flawless command over the

Mahjabeen Habib totally blew me away with that flawless command over the Urdu language that though highly impressed I could relate to Ali’s character about how confusing it was to hear such a pure form of Urdu. Uzair was more or less go to person for the cheeky humor and he delivered such an excellent one liners that it sincerely made me laugh. It was hard to realize whether the casting was done according to the characters or the characters were designed keeping the cast in mind. 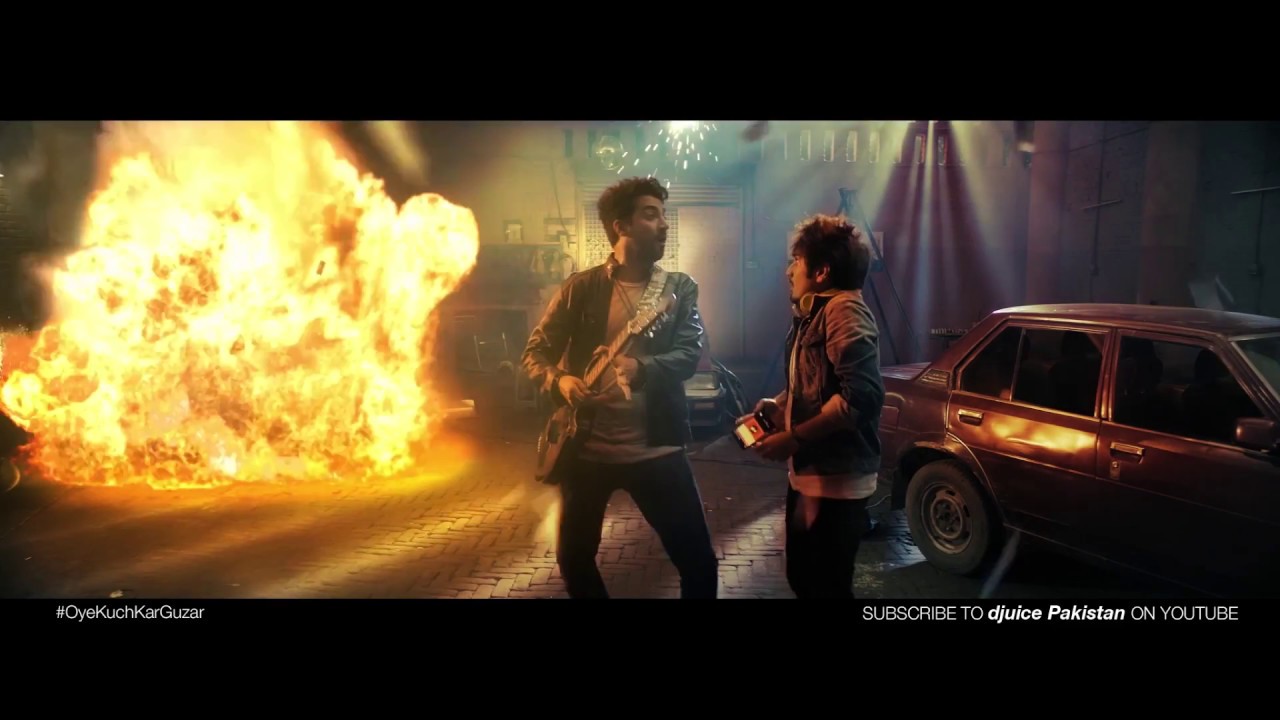 The writing couldn’t have been more perfect, neither the narration of it nor the humor, they understood the audience and made a movie that anyone could relate to. They even broke the 4th wall so creatively, which had somewhat become a trend in movie culture of late 2015 and something that a lot of other local movies have been struggling to be good at.

From the first frame to the last one, all seem to be so masterfully composed that it’s breathtaking; from Sherry running towards the train to when he’s playing his guitar in his dad’s workshop, the travelling montages even the nightmarish yet vibrant Dakoo setting and when Sherry energizes a haduken. The makers of the film realized the importance of light and when & where to use what sort of camera angles.

All in all this movie looked nor felt any less than a feature Hollywood blockbuster. From brilliantly achieved colour corrections and stylized transitions between scenes and a totally savage cameo from the internet sensation known as Tahir Shah, this movie was easily the best comedy movie made in Pakistan of the decade. And though it had no problem being a movie meant for big screen with spectacular visuals and captivating songs, I believe the film makers wanted to empower the audience to take control of the narrative…and there couldn’t be a better place to do that than YouTube. 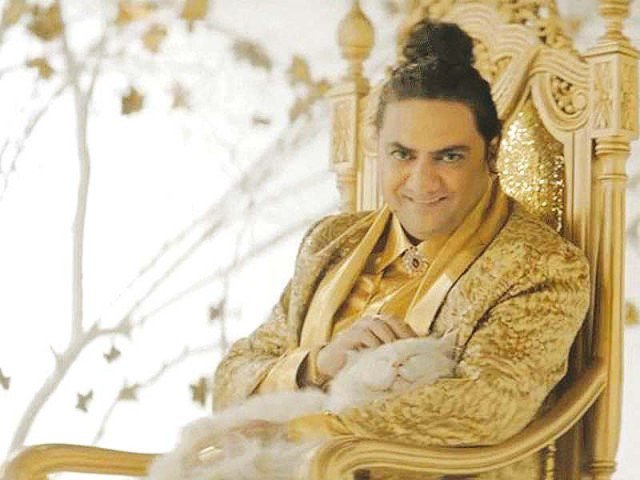 And the most astounding fact about the movie was perhaps behind the cameras. Though the team had some of the best film making equipment at their disposal…the entirety of the movie was shot in only 8 days, no more and no less. The cast and crew rush around half of Pakistan from one location to the other. And with all that there seemed to be no disaster on set, no errors or anything. There was another bit of wonder that the sound team (comprising of just two people) created every bit of sound and music note themselves.

The tinging guitar chord that strung when they tried moving silently away from their captors or when Sherry’s heart crumples when he hears out Xaraa for the first time. Very sound you hear, and there was a huge variety of sound in the movie, was created individually. And all that was done on the least possible budget imaginable for a box office movie. And even then the budget wasn’t more than most YouTube productions internationally. Oh and did I mention that this was Harris Rasheed’s first movie venture EVER?

Being such an incredible movie there are close to no nitpicking I can do about the movie and for me that is impossible. It feels unnatural!

If I had to I’d say that there were a bit too many brand placements, but cleverly placed those brandings did a lot to drive the story forward. But if you’re an avid YouTuber like myself then I guess you’ll get used to watching such brandings since that’s the Youtuber’s bread & Butter…so can’t argue with that.

The only true problem I did have with the movie was that it could have ended with a blast…it could have been exciting but The film makers took another simpler route. But what we got wasn’t bad either, just not what we expected.

All in all, Oye Kuch Ker Guzar stands to show big box office producers and directors and seasoned actors that when you inject the project with the right talents, and ample amount of dedication, commitment and passion then no matter how small the budget and how little the experience, you can still create a work of art.

I recommend every person who has access to the internet to go and watch the movie and judge for yourself or just log on Youtube and watch!