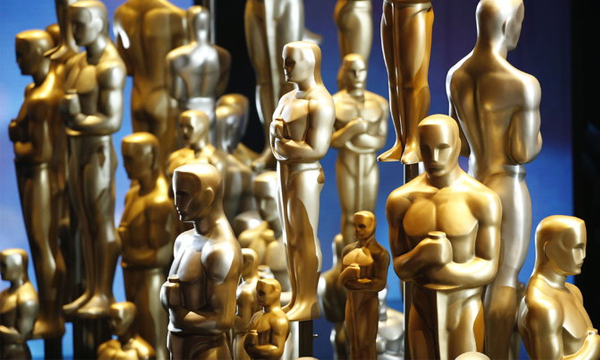 The night was overshadowed by a simmering race row, addressed head-on by black host Chris Rock, who delivered a series of caustic jokes targeting the Academy’s overwhelmingly white male membership.

As well as DiCaprio’s best actor award, “The Revenant” picked up the statuettes for best director for Alejandro Gonzalez Inarritu — his second in a row — as well as for best cinematography.

But “Spotlight,” a searing study of The Boston Globe’s investigation into child sex abuse in the Catholic Church, unexpectedly grabbed best picture honors at the 88th Academy Awards.

“This film gave a voice to survivors. And this Oscar amplifies that voice, which we hope will become a choir that will resonate all the way to the Vatican,” co-producer Michael Sugar told the audience at the Dolby Theatre in Hollywood.

Song: “Writing’s on the Wall,” from “Spectre,” Jimmy Napes and Sam Smith

Animated Feature: “Inside Out”

Documentary Short: “A Girl in the River: The Price of Forgiveness”