Home Articles Oscars 2015 Predictions: Who Will Win, Who Should Win
Advertisement 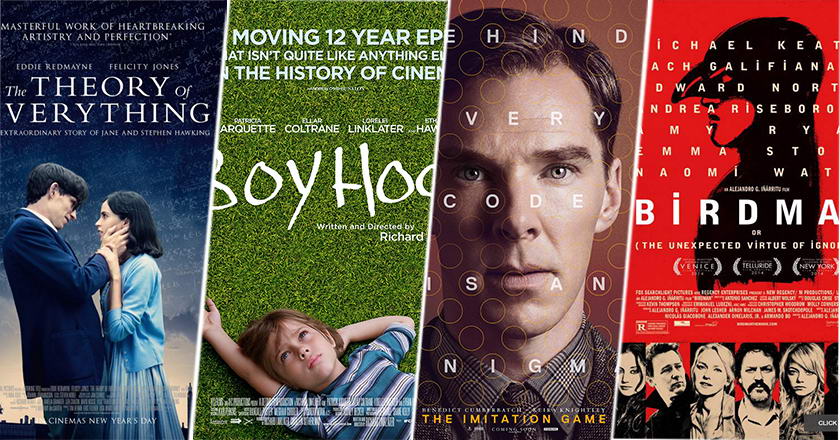 With the Oscars airing tonight, anticipation for the biggest awards show is high to say the least. While there are many objections over on who the Oscar nominees should have been and who the nominees are, it is nothing new to believe that the award ceremonies are not all fair play.

This year, though, some have pointed out that the Oscars nominations are a bit racist with absolutely no one from the black community nominated for their performances, especially considering the stellar performances by them in the critically acclaimed movie, Selma.

Here are some of the picks from the nominees of who are most likely to bag the gold statuette this year and who deserve to do so.

• The Theory of Everything

With Gone Girl surprisingly absent from the nominations, the competition is tough between Michael Keaton’s Birdman and Richard Linklater’s Boyhood. While Birdman has won Producer’s Guild Awards, Screen Guild Award and Directors Guild of America award, Boyhood is still the preferred choice of many, with having won multiple critics awards and a Golden Globe award.

• Eddie Redmayne, The Theory of Everything

Why Selma’s David Oyelowo is not nominated in this category gives way to the racism conjecture, this Oscar season is highly snubbed for. Between the two most sought after contenders, Eddie Redmayne and Michael Keaton, the competition is again very stiff. Michael Keaton is the star in one of the most nominated Oscar movies, Birdman and he has done due justice to his role. However, considering how amazingly well Eddie Redmayne played the character of a disabled person in The Theory of Everything, it won’t be a surprise if Michael Keaton doesn’t win an Academy Award this year either.

Should Win: Eddie Redmayne, The Theory of Everything

• Felicity Jones, The Theory of Everything

This is one category this year with the least competition. While all other performances are well and good, Julianne Moore is the ultimate winner for her work in Still Alice. However, Rosamund Pike’s gripping performance in the movie, Gone Girl is worth the mention even if she loses to Moore this year.

As with the Best Picture award, the main contenders for the Best Director awards are men behind Birdman and Boyhood, Alejandro G. Iñárritu and Richard Linklater respectively. While the former has won the Directors Guild of America award, the latter has bagged the Golden Globe, BAFTA and Critics Choice awards. Again, in the race, missing is the director for the much ignored movie at Oscar this year, Selma.

• How to Train Your Dragon 2

• Song of the Sea

• The Tale of Princess Kaguya

Shockingly missing from the nominations this year for the Best Animated Feature is the The LEGO movie. With the best movie out from the competition, How to Train your Dragon 2 seems like the ultimate winner. It is not likely for a sequel to win an Oscar but it has happened before with Toy Story 3 and we are hoping for the same this year. However, if that doesn’t happen, Song of the Sea might surprise us with a win.

Will Win: How to Train your Dragon 2

Should Win: How to Train your Dragon 2

J.K. Simmons seems like the popular choice of all, with his brilliant performance as the drum instructor in Whiplash. While other nominees seem like good contenders, Simmons has bagged ALL awards this season for his performance and it won’t be a surprise if he does a clean sweep with an Oscar.

• Meryl Streep, Into the Woods

Patricia Arquette is facing competition from Birdman’s Emma Stone but to be honest, the win for her is quite predictable what with her stupendous performance in Boyhood. She has won a huge number of awards for her performance and it is quite likely that she will be getting an Oscar for her heartbreaking performance as the single mother in an abusive relationship.