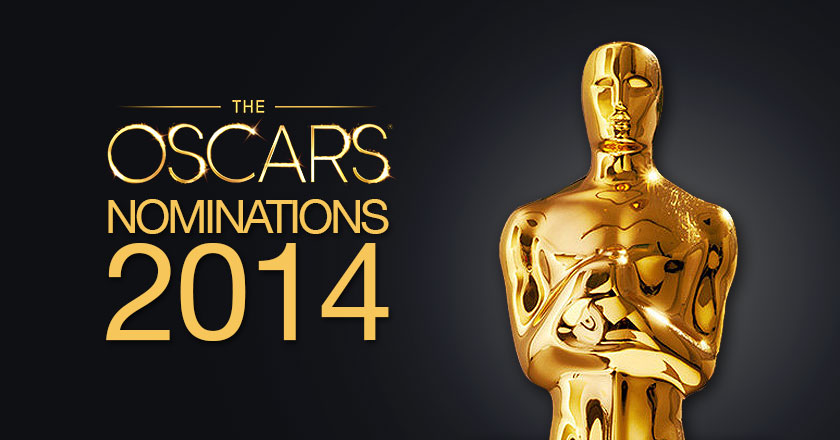 The wait is finally over as the nominations list for 86th Academy Awards has been released.

As predicted, “Gravity” and “American Hustle” stole the spotlight with 10 Oscar nominations each followed by “12 Years a Slave”  with nine nominations.

The shocker of the day came from “Nebraska,” a film that secured six Oscar nods. “Dallas Buyers Club” and “Captain Phillips” also got six nominations.

The stars who dominated the individual nominations include Leonardo DiCaprio, Christian Bale, Matthew McConaughey, Bruce Dern and Chiwetel Ejiofor, all making it to the  list for Best Actor.

Sandra Bullock, Meryl Streep,Amy Adams and Cate Blanchett were all nominated for Best Actress in a leading role.

While fans and critics have applauded this years nominees list, many believe that “American Hustle” getting more nominations than “12 years a slave “does not seemi fair. Angry fans took their discontent to the social media supporting their picks that missed out on nominations.

Another surprise that hit the audience was the exclusion of Hunger Games: Catching Fire from the hairstyling/costume design category.

Pakistan, sadly missed out on in the Foreign Film category, The Great Beauty (Italy),The Hunt (Denmark),The Broken Circle Breakdown (Belgium),The Missing Picture (Cambodia) and Omar (Palestine) made the list for this year.

View the nominees list here to get a complete insight into who made it to the academy’s this year and comment with your pick for the most prestigious award in the film industry today.

PERFORMANCE BY AN ACTOR IN A LEADING ROLE

3. Leonardo DiCaprio in “The Wolf of Wall Street” (Paramount)

PERFORMANCE BY AN ACTOR IN A SUPPORTING ROLE

4. Jonah Hill in “The Wolf of Wall Street” (Paramount)

PERFORMANCE BY AN ACTRESS IN A LEADING ROLE

PERFORMANCE BY AN ACTRESS IN A SUPPORTING ROLE

BEST MOTION PICTURE OF THE YEAR

9. “The Wolf of Wall Street” (Paramount)

Get your gowns and tux ready, roll out the red carpet and keep your fingers crossed because it is going to be a memorable ride to the Oscars this time around.