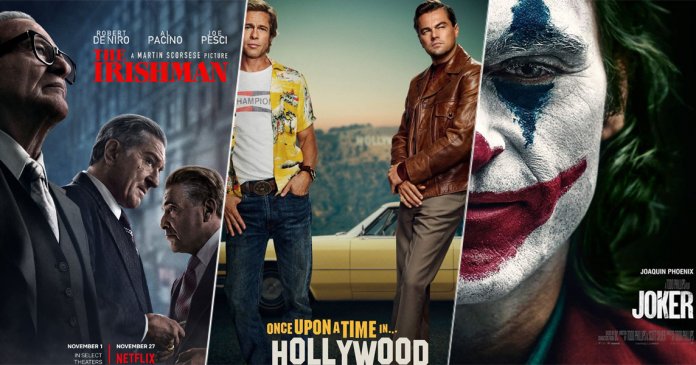 Oscar nominees are finally out! The 92nd Acadamy Awards will take place at the Dolby Theatre Los Angles, California on the 10th of February. The event is known for being star-studded, glamorous and mostly magic for Film and Tv enthusiasts.

Others in line were, Martin Scorsese’s epic crime thriller, “The Irishman”, Quentin Tarantino’s “Once Upon a Time in Hollywood” and Sam Mendes’ war drama “1917” followed close behind.

“Ford v Ferrari,” “Jojo Rabbit,” “Little Women,” “Marriage Story” and “Parasite” also made it to the list of the best picture nominees to compete with other this time.

Tom Hanks, “A Beautiful Day in the Neighborhood”
Anthony Hopkins, “The Two Popes”
Al Pacino, “The Irishman”
Joe Pesci, “The Irishman”
Brad Pitt, “Once Upon a Time in Hollywood”

Like most of the times, the best directors list comprises of men only. Many have criticized the fact that female directors are completely shut out of the race. Other than that, black actors were greatly cut out too.