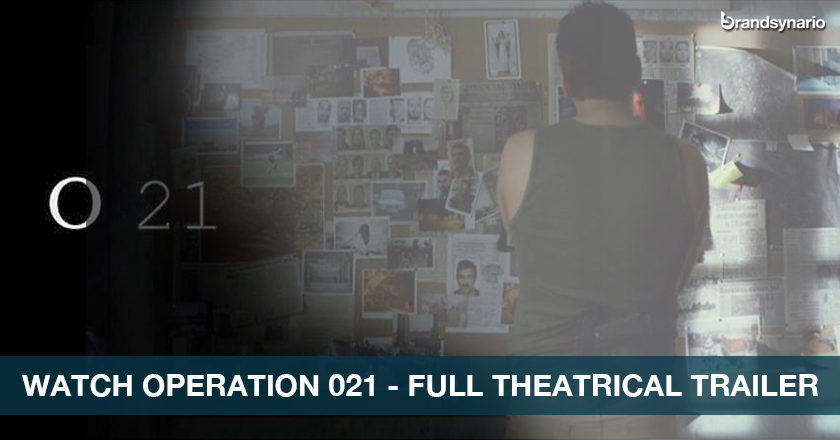 Pakistani Cinema is on fire  with back to back hits such as “Waar”, “Bol”, “Khuda Kay Liyay” and “Naach” and many more.

Following this rising trend, another Pakistani theatrical release is on its way this year, i.e. “Operation 021” with its official trailer and poster that just came out.

Operation 021 is the very first spy action thriller of Pakistani Cinema, being directed by a Pakistani-American, award winning director Summer Bodhi Nicks and produced by the duo, Zeba Bakhtiar and Azaan Sami Khan of One Motion Productions.

This new action thriller holds a lot of positive speculations from audience from all around the world who are currently waiting for this epic first of its kind’s release, since its initial announcement back in 2013.

With the spectacular cast including the famous Shaan Shahid, the ever beautiful Aamna Sheikh and the amazing Iman Ali, Operation 021 is definitely worth the wait.

Have a look at the movie’s first trailer:

The movie’s story line depicts a much realistic and heart piercing picture of NATO bombings in Afghanistan. Based on true incidents, the movie “Operation 021” is a spot-on depiction of the political situation that previously entailed in Pakistan.

While speaking about the film’s strong motive of bringing something new to the cinema, a thought clearly seen in its first trailer, the co-producer Zeba Bakhtiar said,

“We are looking at an exciting period — the whole technical side, thought-process, storytelling is changing. This is more about clearing the way for a new creative style that caters to a new generation,”

Operation 021 is in its final stages of the making. With international essence of film making, the movie is going to be another international action thriller representation of Pakistani cinema after “Waar”.

Let’s hope for the movie to get released before Eid this year.