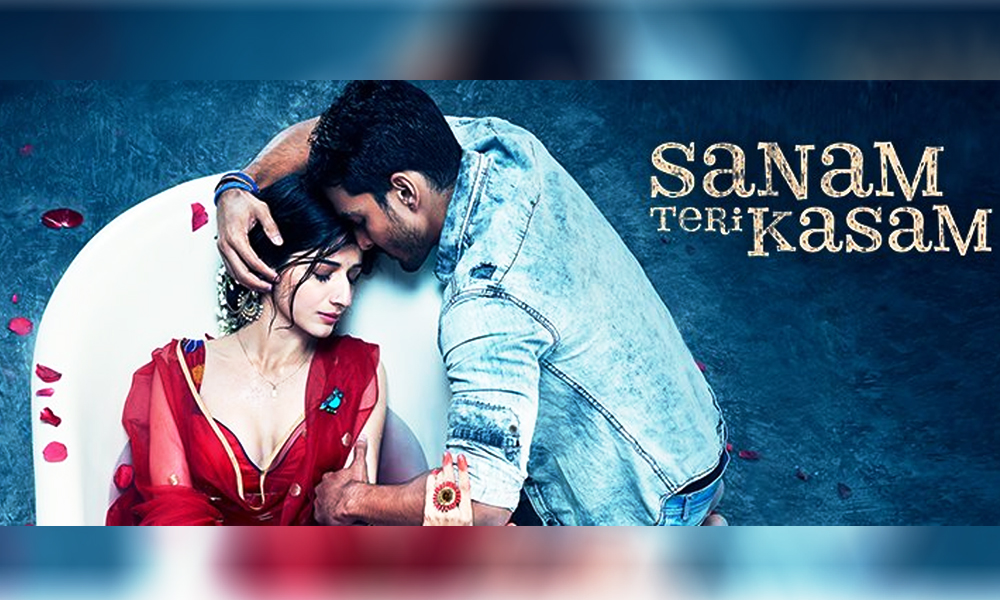 The Pakistani Diva, Mawra Hocane has never failed to amaze us with her flawless skills be it in a movie, drama, modeling or a performance, she has a flair for it all! It marks a year for Mawra’s blockbuster Bollywood debut with ‘Sanam Teri Kasam’!

A first is always special, so special!! ❤❤ one year since my first film & so much love pouring in ever since !!! THANKYOU is an understatement for everything, you beautiful people!! This year has changed my life & me & for the best !! #1yearofSanamTeriKasam 🙌🏻🌟🌈💫 ❤ Love x

The diva shared screen space with Harshvardhan Rane in the Bollywood movie, the sizzling chemistry between the two had fans gushing over them!

The popular shot from the movie! The handsome hunk Harshvardhan Rane gave the diva a shout out!

#1yearofsanamterikasam Crossed paths with few angels 👼 after which i have had the best year of my life 🤗 My Directors, My Producers and My princess Mawra 👰🏻 Life will never be the same, i work harder and keep your smiles in my mind, and constantly think of making you all proud ☺️

Moments that change everything, Entirely! #1yearofSanamTeriKasam 🐻⚡❤

The starlet has a crazy fan following in Pakistan and across the border too, her supporters and well-wishers took to Twitter to congratulate her on the anniversary of her debut movie!

Here’s what Twitterati had to say for #1yearofSanamTeriKasam

@aamnaisani yeah.. I hate this kind of politics.. anyway you robbed all your fan's heart #Mawra that's more important..

Magical screens.
This movie Is all Tym fav of mine and ths movie very close to ma heart 💗💗#STK #Harsh #Mawra #HR 💪 pic.twitter.com/oKAF3kNiFx

@MawraHocane Today I watched ur movie #SanamTeriKasam . It was superb 🙌🙌💪.

Was watching #SanamTeriKasam today. And realized @MawraHocane you're a true beauty. So fair 💓💓💓💓