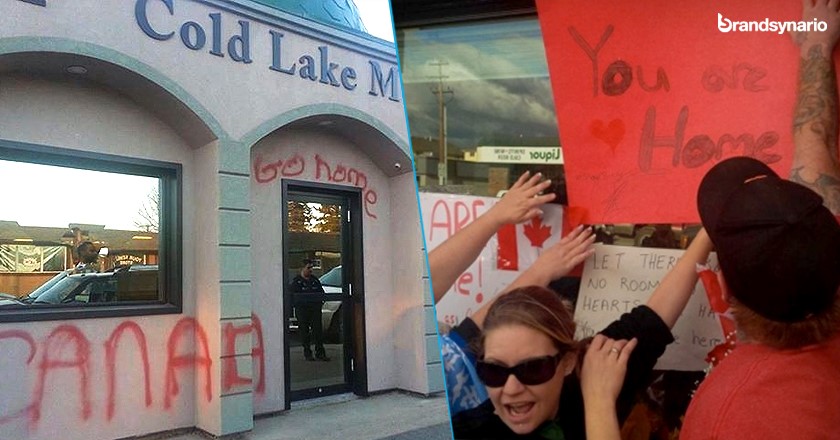 Recently, a story was making headlines as a mosque in Cold Lake came under attack when someone or some group vandalized it with graffiti that read, ‘Go Home’.

What happened the next morning will melt your heart. The entire community in Cold Lake came together to clean the offensive words and to reassure the Muslims of the area that they are indeed ‘home’. Laurel Gregory was there.

It was an act of vandalism that shocked the Canadian people and the world on the whole. This is what Laurel Gregory had to say about the issue:

The Mayor of Cold Lake reassures saying, “The people who go to this mosque, I’ve been born and raised with since I was a little kid, this is their home.”