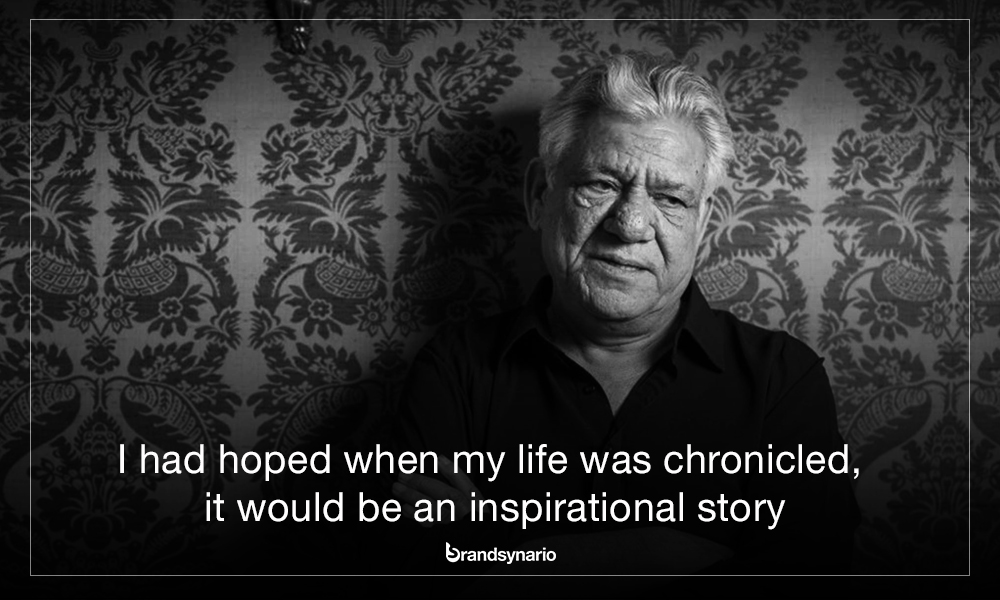 Bollywood’s legendary actor, Om Puri departed from the world on Friday morning after suffering from a heart attack. The actor was returning to his home after a film’s shooting. The prolific star was to hit the silver screens in Salman Khan’s upcoming film ‘Tubelight’.

Puri, who has acted not only in Hollywood and Bollywood movies but also in Pakistani film “Actor in Law”. The actor was also awarded an Order of the British Empire. A man in himself who left a legacy behind, Puri will forever be alive in the hearts of his fans.

Celebrated by many, there was deep love for Pakistan in Puri’s heart and he had quite a fan following in the country. He received a warm welcome in Pakistan when he arrived in the nation for Actor in Law Promotions.

For his devotees in Pakistan, he will always be remembered as a promoter of peace and harmony between both the nations!

HERE ARE 10 QUOTES BY OM PURI THAT PROVE HE WAS THE MOST HUMBLE SOUL WITH AN INSPIRING PERSONALITY! Om Puri will always be remembered as the actor who was courageous enough to speak his mind!