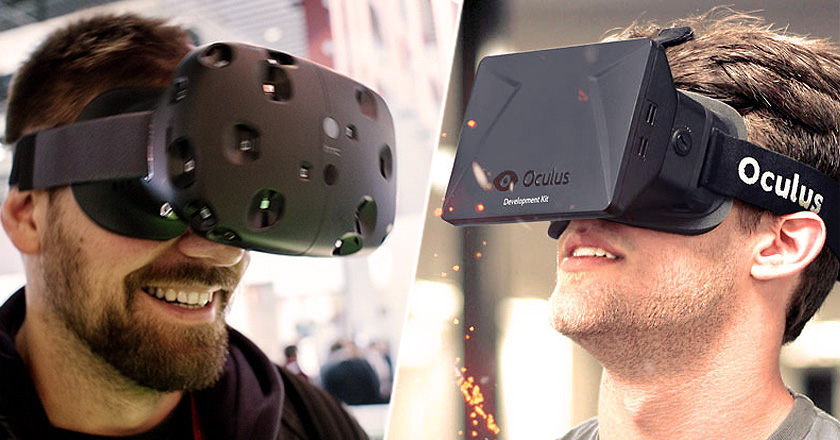 How cool would it be if you could explore the prehistoric world of the dinosaurs just before breakfast, and swim to the bottom of the Atlantic Ocean to see the remains of the legendary Titanic a few hours later?

Imagine walking about on the moon and experience the gigantic craters in their full mighty, then shrinking down to the size of an atom and exploring the digestive system of a human body.

Obviously, there would be nothing cooler than getting INTO your favorite video games and exploring the world that has always been just this tiny bit far away from your reach. It would all be a dream come true, right?

Gladly, with the introduction of the ‘virtual reality (VR)’ technology, that dream is now practically a reality!

In the modern technology era, some of the greatest rivalries have come out of the video game industry – with Nintendo’s Mario Bros. up against Sega’s Sonic the Hedgehog, Microsoft’s Xbox against Sony’s Playstation, Nintendo Wii against the Xbox Kinect, just to name a few.

A great battle for leadership is now ensuing in the video game industry between corporations generally unheard of, over the virtual reality technology, a technology very few have experienced.

People might remember VR as being exclusive-to-science-fiction movies like Tron, The Lawnmower Man and famously The Matrix, movies that introduced audiences to unique, simulated, computerized worlds, with the movie characters who visited these worlds, by either being virtually transported into them or by experiencing them using head-mounted goggles and a set of intricate controllers, learned that they could influence and change their surroundings, just like a computer-coded program.

During 2014, almost every major technology corporation either announced or hinted at plans to dive into the increasingly booming market for VR, which has introduced goggle-wearing users to experience different three-dimensional worlds.

Facebook bought  of VR headset maker Oculus for $2billion in March 2014, Google introduced its own ‘Cardboard VR’ headset for Android smartphones, while Apple also filed for a patent for VR technology, and was awarded the same soon after.

Facebook’s Oculus and HTC’s Valve are poised to battle it out in the latest rivalry of the video game technology world, as they both look to target the gamer audience who plans on using VR on their gaming consoles, a $7billion market that promises to offer collaborations with video game makers and software developers alike.

Either that or like loyal followers of Xbox and the PS series, the following of VR headsets could also split two ways.

The ‘Oculus Rift’ was created in 2012 by Palmer Luckey, who built a next-generation headset constructed using modern electronic parts, including a smartphone’s screen embedded on a pair of Oculus goggles.

He demonstrated how VR can enable users to see the world from the eyes of a tiny animal scampering through a rainforest or from the perspective of a monster stomping through a city, according to CNet News. The Oculus was later bought by Facebook in March, 2014.

By September, Oculus announced a deal with Samsung to offer an Android compatible version of the VR, called Gear VR, which will be released later this year. The Oculus had some restrictions, as it uses a camera to sense a player’s position within a limited space. This, however, is not the case with Valve’s VR Technology.

Valve, in collaboration with HTC, created a technology that lets players easily maneuver through an entire room or live space. Walls are covered with symbols, in the real world, that are then interpreted by a VR headset – a headset called ‘Vive’.

Upon the wearing of the headset, a living room could well become a dungeon, where players walk from wall to wall and look at details in the video game world.

Last year, Valve and HTC quietly invited twenty game developers to enjoy and explore the same video game experience. Needless to say, they were both thrilled and terrified!

This war between two giants of the technology world, game developers are struggling to decide whose device to build games for as both Valve and Oculus use different technologies. The war is heating up, and it calls for exciting times for video game enthusiasts from across the globe. The future, as canny as it may sound, is finally here!