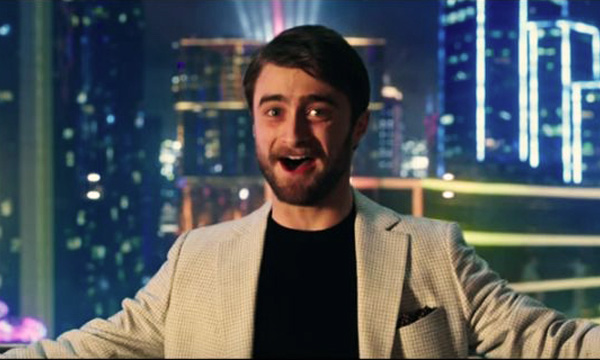 A new trailer has been released for the next installment of “Now You See Me” with a new addition to the cast: Daniel Radcliffe. “I believe their first act was just a set-up for an even bigger reveal,” says Morgan Freeman, opening the teaser.

The Four Horsemen, a quartet of magicians and masters of illusions the world hails as “noble Robin Hoods,” return to the world stage in a new trailer for the film.

A year after outwitting the FBI and winning the public’s adulation, the illusionists reteam to expose the unethical practices of a tech magnate. Daniel Radcliffe plays a tech prodigy, Walter Mabry, who threatens the Horsemen into pulling off another hairbrained heist.