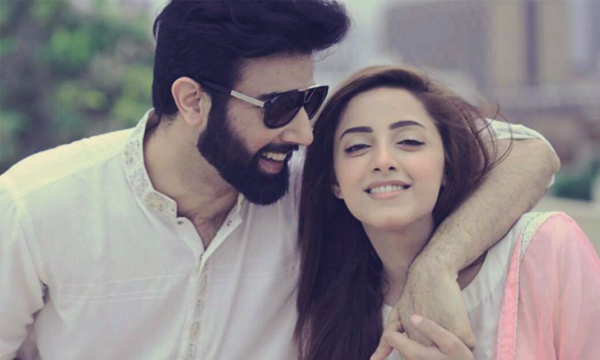 The rising Pakistani talent is all set to make a mark in the flourishing Pakistani film industry- the talented actor Noor Hassan and the Sanam Chaudhry, who have been part of the drama fraternity of Pakistan have now been roped in for director Shoaib Khan’snew project.

With Sawaal 700 Crore Dollar Ka doing an impressive business of over 10million after its release, it seems like the Pakistani movie industry is just unstoppable.

Another director coming to the limelight is Shoaib Khan. The Lahore-based director  who was responsible for Noman Ijaz and Affan Waheed starrer serial Bhai fame, is all set for his silver screen debut with a film titled 100 Crore. Noor Hassan Rizvi who rose to fame with Humsafar will be starring alongside Sanam Chaudhry who will be playing the lead actress in the film. Written by Babar Kashmiri of Yeh Dil Aapka Hua, the film is Shoaib Khan’s collaboration with ‘Oriental Films,’ as director and co-producer.

Speaking to a Pakistani entertainment website, Rizvi gave an insight into his film and character.  “Well, we are going on floors next month. It’s basically a romantic comedy where I’m playing the central character in the film.”

In recent years the Pakistani film industry has seen a massive boost since the release of popular films such as Waar starring veteran Pakistani actor Shaan and then of course, the commercially successful action and comedy films such as Na Maloom Afraad, Jawaani Phir Nahi Aani, Ho Man Jahaan etc.

But that is not where it stops. Movies with catchy soundtracks are everyone’s favorite to watch. But then movies such as Manto based on the life of Pakistani short-story writer Sadat Hassan Manto, starring Sarmad Sultan Khoosat takes its place amongst the films that help revive Pakistani cinema, one release at a time.

“My character is an extremely hilarious guy, and the film on a whole is a lot of fun. It has all the elements that make up for an entertaining watch and I’m sure the audience will appreciate it.”

When asked his thoughts about his new film, director Shoaib Khan had this to say, “Well I had always wanted to make a film. We planned a film called Rangeen a couple of years back, but since the scene wasn’t as clear as it is today, it got shelved. Me and my partner, Khurram Riaz have been planning this film for almost a year now and we are beginning the shoot in August. It is basically a non-stop comedy thriller that revolves around a couple of characters’ struggle to win a lottery, hence the title 100 Crore”.

With an ensemble cast which includes veterans Javed Sheikh and Ismail Tara with Sana Fakher, newcomer, Inayat Khan and Adnan Shah Tipu of Josh and Maalik, this movie might just be what everyone is waiting for.