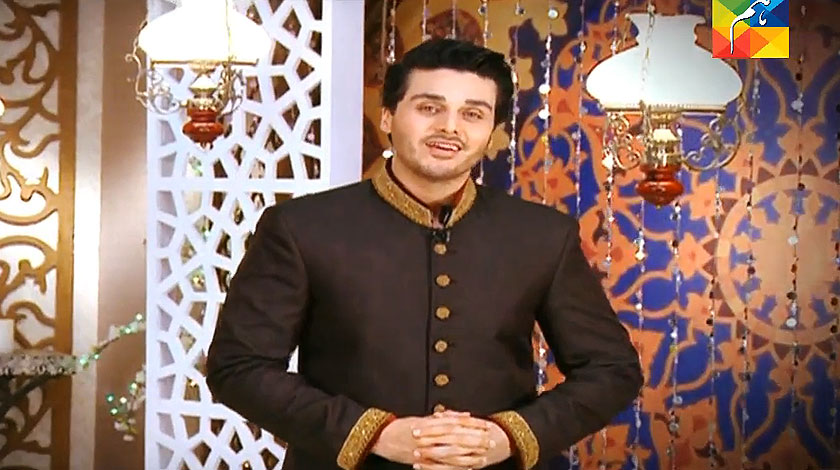 Ahsan Khan will be back this to host yet another Ramazan transmission for Hum TV, titled as, ‘Noor-e-Ramazan’. Islamic scholars will be invited to share their knowledge about the Holy Quran and allow the viewers to be illuminated by the teachings of the Holy Quran.

In addition, Noor-e-Ramazan will also invite famous Naat Khuwans, who will recite the beautiful Naats in their melodious voices and spread the spirit of Ramazan among the viewers.

The transmission will also have a cooking show to teach the viewers delicious recipes that can be specifically made for Iftar and Sehri time.

The transmission will be aired every day on Hum TV at Sehri and Iftaar time.

Ahsan Khan will also be hosting a game show during the transmission that will include quizzes. The viewers will be able to win various prizes by answering these questions.

Watch the promos below:

The Ramazan transmission will be followed by Faysal Quraishi’s Jeet Ka Dum. Check out the registration process for Jeet Ka Dum here.