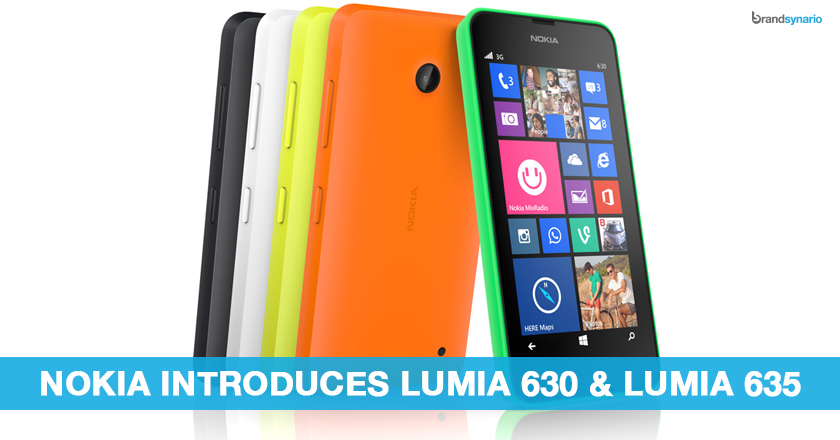 The introduction of these two new affordable phones by Nokia marks its first step in the low-end smartphone market.

Supported with 3G and 4G technology, Lumia’s latest entries support super quad-core processors and 4.5 inches ClearBlack screens along with in screen communication keys which disappear when not required, these new additions to Lumia series also allow users to change their body colors as per their mood.

The 630 Nokia Lumia, comes in two different variants, a single sim and a dual sim variant.

Nokiia Lumia 635 differentiates itself from Lumia 630 with a glossy body cover which along with a double layered tonal surround allows the outer covering of the phone to glimmer and shine, giving it a unique and attractive look.

Some additional feature of the phones include Nokia Camera, Navigation and Maps by HERE. Not only this, but the phones also arrive with “Sensor Core” the complete fitness solution which keeps a track of each step taken by its user and the amount of calories burned with it, using Bing fitness and Phone Sensors.

These phones will soon be available for buying after their official launch in July 2014 in Asia, Russia, China, India and Europe which will then be followed by their launch in US.