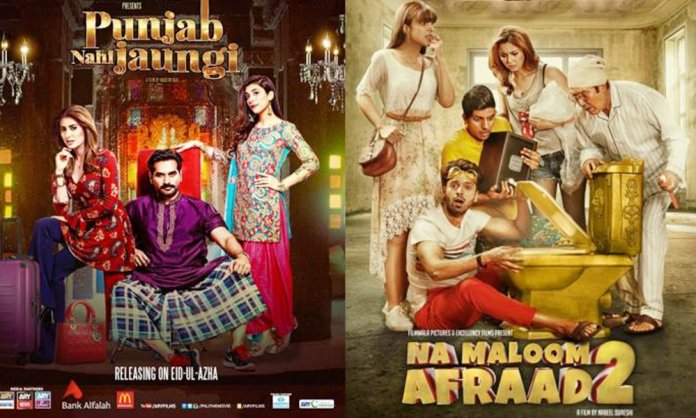 The two films were seen to have houseful cinemas throughout the first three days of Eid leaving minimal collections for other international releases.

One question that seems to be on everyone’s minds is who won the box office battle this Eid? 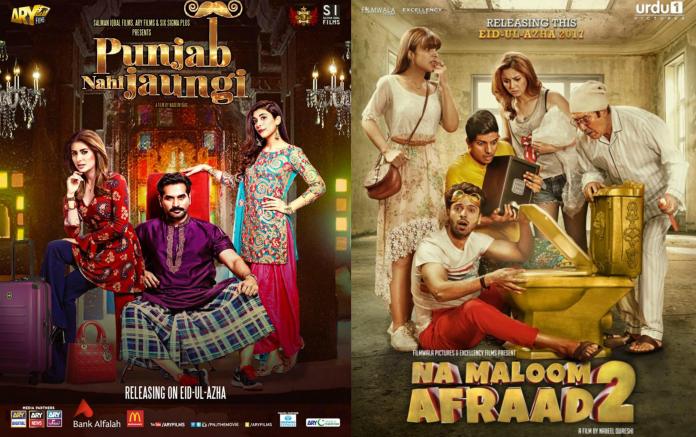 According to Box Office reports, Na Maloom Afraad has earned a whopping 6.5 Crores over the Eid Weekend.

NMA2 was a sequel to the slapstick comedy, Na Maloom Afraad and people anticipated this

While Punjab Nahi Jaungi updated their records for the business done by the film internationally. The official page for the movie states that it took the UK cinemas by storm earning a whopping 250,000 pounds by the end of the weekend!

The numbers for PNJ suggest that it did exceedingly well for a Pakistani film also crossing the numbers for Bollywood movie Baadshaho by a definite margin.

However, the Pakistani box office collection shows PNJ has made a total of 6.4 Crores as per the numbers uploaded on their Facebook page.

Both movies have received rave reviews from the public and also film critics not only from Pakistan but across the border too. The clash of the two super-hit films brought about a much-needed boost to the Pakistani film industry which had previously been suffering from a series of flop movies.

Have you watched the Eid releases? Let us know which you liked better in the comments below.

Punjab Nahi Jaungi Gets a Thumbs Up from Film Critics!