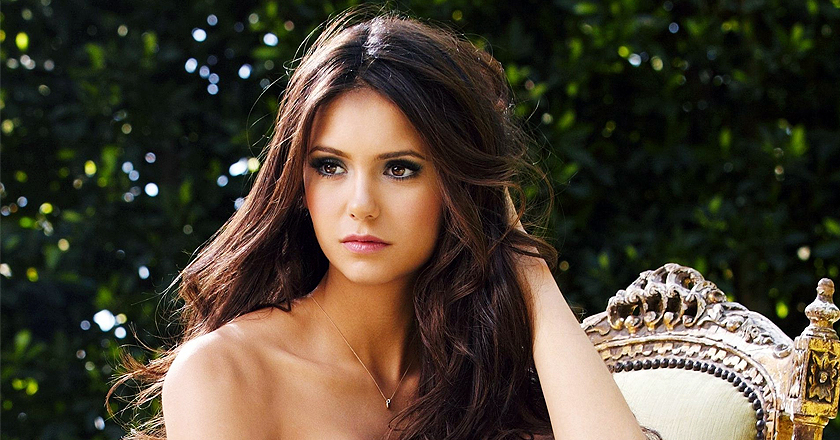 You read it right. The doppelganger hottie, Nina Dobrev is leaving The Vampire Diaries for good.

While TVD has been given a green signal for the seventh season, Nina has announced the current season 6 to be her last. The actress has proven her mettle by performing a number of different characters in the show and how well so!

Be it the sweet Elena, the evil Katherine, the conniving Tatia or the passionate Amara, Nina Dobrev has played all the roles perfectly, switching seamlessly from one to the other. Her excellent performance and her chemistry with the lead heroes, Stefan and Damon, has created a huge fan base, all of whom are devastated at her Instagram farewell announcement.

“Elena fell in love not once, but twice, with two epic soulmates, and I myself made some of the best friends I’ll ever know and built an extended family I will love forever.”

Soon after her announcement, the mastermind behind TVD, Julie Plec confirmed the news all the while letting fans know that the show will go on. Many other characters in the six years long series have come and gone, however, Nina is first of the lead cast to leave, who will closely be followed by Michael Trevino.

See how Twitteratis reacted to the news of Nina Dobrev leaving The Vampire Diaries:

So nina just officially announced she’s leaving TVD at the end of the series and I’m straight up crying no joke pic.twitter.com/DgAqHsq3qk

NINA CAN’T BE LEAVING THE VAMPIRE DIARIES THIS IS ZAYN LEAVING 2.0 THIS CAN’T BE HAPPENING TO ME

TVD will end this season for me, I won’t watch season 7 without Nina aka the main character of the show #WeWillMissYouNina

Okay I’ve jus woke up with the news that @ninadobrev is leaving @cwtvd please tell me I’m still dreaming! ???? #WeWillMissYouNina

So sad Nina Dobrev is leaving TVD after this season. I guess I will just have to rewatch the older seasons now. Tear. #WeWillMissYouNina

“Promise me this is forever” “I promise” Forever isn’t as long as we thought. #WeWillMissYouNina #CancelTVD

Turning of my humanity now #WeWillMissYouNina thx for everything you’ve done @ninadobrev love u till the end of time pic.twitter.com/rgtQNk30Yz

Some of the fans are so disappointed at losing their favorite actress, they have resorted to the #CancelTVD trend.

Two queens taken for granted. Katherine (@ninadobrev) and Rebekah (@claireholt) are gone. Took the ratings with them too! #CANCELTVD

TVD died a loong time ago. I only stayed in the loop hoping that one day Katherine would return but now that Nina is leaving.. #CANCELTVD

Do they actually think they can continue TVD without Nina Dobrev? I hope not lol #CancelTVD